At Least They Aren't One-Hit Wonders! - The most famous bands/artists who never broke the Top 40 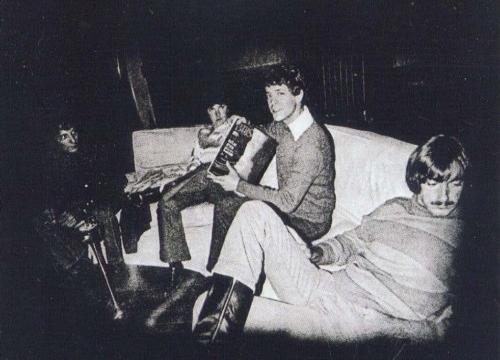 "The tyranny of the majority!" That's the phrase that comes to mind when you consider how rarely the popularity of a work and its quality coincide. The lowest common denominator frequently has the majority, and whether it's on TV, on the big screen, in the top-10 of the charts, or even running for office, it's usually far from the best of the lot.

Many things can keep a famous band from charting. Perhaps they were a hit in their home country but virtually unknown here. Maybe they're oriented to album-rock but their songs are all far too long and complex to be played on the radio. Maybe they have enemies in high places, or simply never "sold out" for the sake of popularity. Maybe they simply never released singles and didn't give a hoot if they charted.

Whatever, these artists stand forever as testimony to one simple rule: Do not ever judge a band by a number on a chart.

The absolute, thundering example of a group that was unfairly unsuccessful and became celebrated and famous years after breaking up. In VU's case, it seems that they were just decades ahead of their time; Rolling Stone in the 21st century has ranked them #19 greatest artist of all time and their debut album #13 greatest album of all time, and they are still the topic of massive Internet buzz to this very day. It seems the more people discover them, the more fans they get - 40 years too late!

Do note that The Ramones, who started in New York, did chart far higher in the UK, reaching #8 in 1980 with "Baby, I Love You." But they received nowhere near the recognition that they've gotten since, as they are now credited with forging the lion's share of the foundation for punk rock. However, even into the 1990s when punk rock was old news, they still couldn't get much recognition.

Gram Parsons passed away in 1973, and it would be years before his work with The Byrds and The Flying Burrito Brothers, as well as his only solo album which also flopped, would be discovered to have basically invented what we call today "country rock." While TFBB did get to #16 on the US Country chart, this was in 1981, years after Parsons' passing. For just one measure of his influence, consider that a festival in his honor, the Cosmic American Music Festival, met annually at Joshua Tree, California from 1996 to 2006 to perform Parsons' songs, attracting such big names as Counting Crows.

While Iron Maiden is a chart-topping smash hit in the UK and they do very well on the US Mainstream charts, the Billboard Hot 100 has continued to give them the cold shoulder. Now, you might say "But they're a British heavy metal band!" Yes, but one which has enjoyed worldwide popularity, netting three generations of fans since their start in 1980. They've sold over 85 million records worldwide, and are inducted into the Hollywood, California "RockWalk" (like the Walk of Fame but for music). Go to Hot Topic in any US mall and count the Iron Maiden T-shirts for sale. Surely, somebody, somewhere must like this group?

The Mothers of Invention
Highest charting single: None

While Frank Zappa, himself, did eventually chart on the Billboard Top-40 exactly once with "Valley Girl" in 1982 at #32, The Mothers of Invention never even got that humble a bone thrown to them. You don't need this site to tell you what an outstanding music genius Frank Zappa was; his following and critical acclaim is still growing daily as of this writing, 18 years after his demise. Just his fame amongst his peers and colleagues alone suggests that he is the Billboard Hot 100's most sorely-snubbed artist.