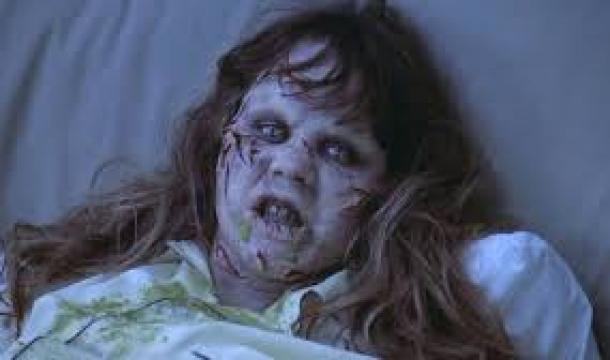 Continued from part two, here's another visit to the mystical never-land of one-hit wonders. We're fascinated by them because they often have strange fates and unusual backstories. Behind every one-hit wonder is the failed dream of a talented cast...

By the way, all "one-hit wonders" are counted as such going by the US Billboard Hot-100 chart.

The Vapors were in the right place at the right time with the right stuff. They were a new wave band at the dawn of new wave, with a dark, edgy single out. "Turning Japanese" came out in 1980, and even though #36 isn't very high on the chart, it got airplay like there was no tomorrow...

...and that's exactly what the band had: no tomorrow. Their second album, Magnets, was a solid follow-up released in 1981, but took a far darker turn content-wise with songs about the "People's Temple" cult leader "Reverend" Jim Jones. Studio executives apparently recoiled in horror amid all the positive, upbeat early-80s trend and dumped them. Single releases by the band were supposedly canceled, sans explanation. Over on the Atlantic side, they were still charting on the UK singles' list, but they disappeared off American radar for good.

Since this story is practically trade-marked over at VH1, we'll just let them hound the attention in this video telling the straight dope on the meaning of "Turning Japanese":

For 1990 and the twisty decade about to launch, you couldn't ask for a more haunting single than "Joey"...

The song is pure unleaded angst, poetically expressed and beautifully rendered. The singer is apparently a co-dependant in an abusive relationship with a man fighting inner demons and a hefty substance abuse problem of some kind. Johnette Napolitano sings it with a voice you could dive into and drown happy, like being hugged against a warm bosom.

There was just one problem: It was grunge-time in America, and for the next eight years nobody would have the time of day for any kind of music that didn't have droning buzzes and sawdust-throat vocals, so an altie band like Concrete Blond didn't have a chance. If "Joey" had come out in 2005, and the band had been the same age in 2005 that they were in 1990, they'd be topping at least the alternative rock charts. Instead they continued to kick out grimly determined albums throughout the '90s and called it quits by 2005. Come on, check the interview. She's a toker and the first idol she mentions is Nikola Tesla. 4chan would love to date her right now, if she weren't old enough to be their mom.

Really, just look at this video:

Let's see, we have the vaguely Southern-ish harmonica lead-in, the poofy dandelion hair, the candles, and a voice that sounds somewhere between Alice Cooper and Motley Crue. 1990? It's a miracle they made it that far. This single should have come out in 1987, and it should have been proceeded by three top-10 quality hard rock numbers. Let's call it a rule: If you're a hard-rock-genre band and your first appearance on the charts is a slow love ballad, you're dead. Not struggling, not kicking, but dead.

While Mike Oldfield will always be a popular film score composer and he doubtless gets radio play to this day on classical stations, his appearance on the Billboard charts was a fluke granted only by the popularity of The Exorcist.

Since Oldfield really isn't cut out for hit-charting singles' work and would probably be insulted if you reduced him to such, we'll talk about The Exorcist. As this author recently caught it on cable and attempted to introduce his offspring to it, there's something noticeable about the film that nobody ever seems to call out - it's BORING! It drags and drags on the plot. They waste years of story time testing the little girl on every other possibility besides demonic possession. "Could she have hives? Nope, came back negative. Too much fluoride in her water? Let's check... nope. Maybe she's watching too much TV? Hey, that's good, let's test for that - nope, not it. What else could it be? Is she smoking?" They call a priest, who goes, nope, it can't be demons. They call another priest, nope, definitely not demons. I know the film's spoiled for everybody now and it seems like in hindsight it would be obvious, but the damned NAME of the movie is "The Exorcist"! It's not "The Exorcist Who Wasn't Needed Because It Turned Out To Be Peanut Allergies." For pity's sake, people!

Reason: Too Canadian for the Billboard crowd

In 1992, the positive power-ballad seemed like a great antidote to growly grunge pessimism. At the very least, corporate office employees should have carried Cochrane into the 2000s. they sure loved "Life Is A Highway":

And for a car-happy country like the USA, you'd think Cochrane could be the next Springsteen based on that alone. Nope, he never charted Top-40 again in the US. But in Canada, he's charted a blue streak all the way to the turn of the century, and is still hugely popular today. He's also won 7 Juno awards, he's in the Canadian Hall of Fame, he's on the Canadian Walk of Fame, and more honors besides. It almost seems sometimes as if Canada is a completely different country up there. But then how did this song make it across the maple curtain? Apparently the highway part is the only part Americans understand.