Five Actors With A Hit Single And No Singing Career 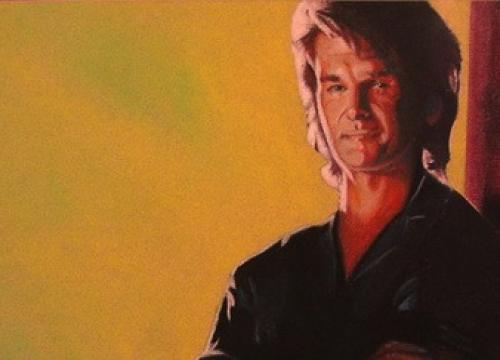 Sure, there's multi-talented folk who nimbly leap back and forth between singing and acting and are equally successful at both. And there's also a number of super rock stars who also squeeze in the occasional film appearance (which makes 1992's Freejack worth seeing just for Mick Jagger, who not only acts but gets most of the good lines).

But we're not here to list those. We're talking about that rarest of birds, the superstar celebrity actor, the kind whose mug regularly graces a top box-office seller, who also dabbled in singing. Most of the time they end up embarrassing themselves. And we will have no mercy towards them here! But after clawing through our reference library, we can think of just ten examples (let's cover five this time):

This one-twelfth of a dirty dozen barely squeaks in here. The rest of the list is Billboard Top-40 charters, but "Wand'rin' Star" made #1 on the UK Singles in 1970, and - are you sitting down? - kept the Beatles' "Let It Be" at #2! This was for the film Paint Your Wagon. The song is beautifully arranged, but Marvin... well, he does... OK.

Yes, you heard right, Old Rumple-Eyes himself... "The Ballad of Thunder Road" will be our other exception to the Top-40 rule since it peaked at #62 on the Billboard Hot 100. Because he's awesome-cool Robert Mitchum, and because he did it for a promotional tie-in with his 1958 film Thunder Road, which is a classic fast-drivin' moonshiner yarn that will pour hot mercury into your veins. Robert Mitchum does a decent job here (those lip-smacking lyrics could even make a crow sound good), but you can still tell that singing just isn't in his cards.

By the way, whenever Robert Mitchum's name comes up, we are contractually obligated to remark that in the 1955 horror film Night of the Hunter, he had 'love' and 'hate' tattooed on the knuckles of his hand. You're seen ninety-million imitators in everything from cartoons to video games to webcomics; Robert Mitchum did it first.

Ha ha ha! No! Not Patrick Swayze! Really? "She's Like The Wind" hit #3 in 1988, fueled solely by the film Dirty Dancing. It's a slow adult contemporary ballad, not at all too challenging, and so Swayze does well with a song that even, say, Wil Wheaton could have pulled off. If you listen to this song and you are male, a little progress bar blinks on over your head, showing the testosterone draining out of your body.

What's more '80s than Sam Kinison playing Pac-Man? How about Moonlighting-era Bruce Willis singing "Respect Yourself" as a bartender in the video - and charting #3 in 1987. He pulls it off the way he pulls everything off - by being talented enough to be boss at the good parts, having a sense of humor enough to mock himself at the bad parts, and having the Zen-master wisdom to know the difference.

The song was "Little Ole Man (Uptight-Everything's Alright)" and it hit #4 in 1967. Now, Cosby does not sing here at all - he instead tells a funny story with music playing behind him. But it is a story involving his interactions with a little old man who has a peculiar philosophy, and Cosby tells it as only he can. Then a chorus of backing vocalists fill in with a bit of Stevie Wonder's "Uptight (Everything's Alright)". Nevertheless, we'll give Cosby a five-star rating, because he stuck to doing what he knew he could do best.

That list just kept getting more surprising, didn't it? And it'll continue that way in part two.