If It Ain’t Broke… 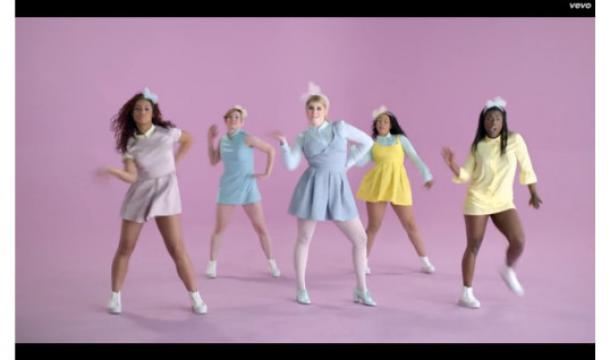 Songwriter-turned-star Meghan Trainor seemed destined for one-hit wonder status when “Lips Are Movin’,” the follow-up to her chart-topping body-positive novelty anthem, “All About That Bass,” turned out to be little more than a carbon copy of her doo-wop-reviving breakthrough hit. Yet despite the fact that she’s revealed herself to be a one-trick pony, the 21-year-old has somehow managed to extend her 15 seconds of fame, scoring a number one album, a second Top 5 single and multiple Grammy nominations. But not every artist who sticks rigidly to the ‘if it ain’t broke, don’t fix it’ rule is so lucky. Here’s a look at five artists who followed up a major chart smash with a near-identical clone, only to watch it inadvertently plunge them back into obscurity.

German-born Lou Bega helped to spearhead the Latin pop revolution of 1999 with his irresistibly infectious remake of Perez Prado’s instrumental, “Mambo No.5,” topping the charts across Europe and reaching No.3 on the Billboard 200. The self-proclaimed lothario repeated the trick with a virtually identical blend of trumpets, mambo beats and lyrics boasting about his bedroom conquests, but the track unsurprisingly bombed and Bega has barely been heard of since.

If you thought Avicii invented country house then think again. Long before “Wake Me Up” became completely inescapable, another Swedish act, Rednex, were busy blurring the boundaries between the hoedown and the disco with their Hi-NRG take on 19th Century American standard, “Cotton Eye Joe.” The story of a man who seeks refuge in a tree after cooking his wife’s pet skunk, the lyrics of follow-up “Old Pop In Oak” may have been distinctive, but its all-too-familiar, if still annoyingly infectious, melody was anything but.

Formed by Frank Farian, the mastermind behind Boney M and Milli Vanilli, boyband No Mercy briefly threatened to muscle in on Backstreet Boys’ territory with their 1996 cover of La Bouche’s “Please Don’t Go.” But even the most easily-pleased of teenyboppers saw right through their glaringly obvious attempt to repeat its formula with the equally corny “Please Don’t Go,” and the trio disappeared back into nowheresville almost as quickly as they had escaped from it.

Renowned for its strange quacking duck-like synth, hairbrush diva video and hip-wiggling dance routine, Danish pop star Whigfield’s 1994 holiday anthem, “Saturday Night,” was alleged to have ripped off both The Equals’ “Rub A Dub Dub” and Lindisfarne’s “Fog On The Tyne.” Both plagiarism cases were eventually thrown out, but it’s unlikely she would have been so lucky had the writers of her unashamedly identical follow-up “Another Day,” differed from her signature hit.

Trashy Europop beats? Check. Breathy female vocals? Check? Pitch-shifted guitar hook? Check. Andre Tanneberger’s follow-up to the Ibiza anthem of 1999, “9PM (Til I Come),” was such a blatant attempt to cash-in on its predecessor’s success that even the German DJ himself has since disowned the track for its sheer laziness.