Gen X Got All the Killer TV Theme Tunes 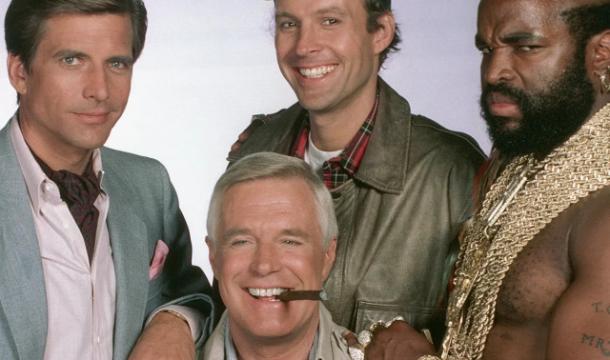 Television as we know it has now changed completely from the last we saw of it in the 20th century. Your Humble Penguin joined the ranks of the cord-cutters long ago, and am now nurtured by a steady drip of streaming services. Bingeable TV shows on demand rock.

It wasn't always this way. You had channels that broadcast a schedule of programs which you looked up in a TV Guide - a printed magazine, like a Paleolithic savage - and had to be present in front of a TV at the air time in order to watch it. It feels so weird explaining this system now. It's like you'd be getting the Internet, but only one page at a time mailed to you through newsletters.

To our point today, when it comes to TV show theme tunes, they just don't make 'em like they used to! We're going to revisit some of the most iconic and a few obscure specimens who deserve more limelight. And lest ye cringe expecting me to lead us in an old-fashioned sing-along, we're restricting this list to just instrumental TV show theme tunes. You probably know the words to Gilligan's Island already.

Just a surprise out of the gate for those of you who thought you knew your old TV shows down pat. Knots Landing was the spin-off series from Dallas. If you don't know either of those, there was this big fad in the 80s where we had what were called "nighttime soaps." All of them were about spoiled rich family dynasties milling about with their petty little problems, when they weren't getting shot.

To our point, out of all of the above-mentioned nighttime soaps of the 80s, Knots Landing just jazzed it up outrageously and wins our hearts for memorable 80s nighttime drama. The theme we're linking to here is the second version, revamped near the end of the series' run. In keeping with this theme, Knots Landing was far more laid back and casual than its more overwrought, hyper-dramatic colleagues. While Dynasty's theme sounded like it belonged to a Tennessee Williams' play and Dallas sounded like corporate background soundtrack to an employee training video, Knots Landing's theme brought enough steaming saxophone notes to match any contemporary top radio hit of the time.

Now there you go! You were expecting this theme to be here, so it takes less explaining. Well, we should insert that Mission Impossible was also part of a huge wave of secret agent / spy fiction which crackled out right at this time. In fact, Mission Impossible was one of the few to take itself seriously! Get Smart was of course Don Adams / Mel Brooks comedy take on the genre, and other shows like I Spy and The Boy From U.N.C.L.E. were variously lighter to downright campy.

But Mission Impossible stands out on top with this iconic theme, recognizable to all generations around the world. Its minimalist design and peppy bongo beat give it an action-packed sense of Cold War drama. The composer was Lalo Schifrin; even though if you heard this and didn't know better, you'd swear it was Henry Mancini.

Yeah, this is the one that Henry Mancini wrote! I never pass a chance to rave about Mancini, the master of the jazzy film and TV score, a true bebop scholar. Mancini wrote the iconic and instantly recognizable theme to the TV series Peter Gunn, which was yet another in the line-up of spy-thriller TV series and films, but also the first TV show score Mancini wrote. The Peter Gunn theme is perhaps the most famous TV theme tune ever made. It has since become a leitmotif for spy thriller / action genres in general, popping up in commercials, parodies, and even video games including the arcade cabinet classic Spy Hunter. People frequently mistake this for the canon James Bond theme.

With its monomanical phrase repeated over and over, a countermelody plus a thundering brass main melody, the theme punches for the heavens in promising an action-packed thrill ride. Ironically, it's tough to play this out for more than a few minutes. However, Art of Noise did its best to extend the Peter Gunn theme to its glam-jazz excess with its cover.

It's so overloaded with testosterone that it makes its own gravy, and was made to go with a cheesily entertaining show. But The A-Team was simply peak 80s, full stop. The characters were all Vietnam vets who had somehow shaken the PTSD and stigma of that war to become mercenaries for hire. The show is best remembered today for making wrestler-turned-actor Mr. T a household name, but the whole ensemble cast had great chemistry and made the show work.

The music, penned by legendary TV-theme-composer Mike Post, is a full orchestra playing a marching ditty without much variance but with tons of soaring brass. It is a definite show theme, uniquely American, uniquely action-adventure, and super macho. It's easily recognized today by younger generations, who may have never seen the show but know what song plays when Mr. T takes the stage.

What a shame that James Garner's signature role is so little-remembered today. The Rockford Files was part of yet another trend in the late 70s and early 80s, this time with gritty, hyper-realistic street cop and detective dramas. Par with Hill Street Blues and Baretta, The Rockford Files took the noir hardboiled detective genre and updated it for the swinging 70s. Protagonists were briefly less cynical, and more relaxed. The Rockford Files distinguished itself in being the closest thing to Elmore Leonard or Quentin Tarantino that 1970s TV got.

The theme itself - another hit Mike Post composition - is a musical texture of honky tonk, soul, and funk, like a splash of 1970s far-too-minty aftershave. In modern times, it sounds more dated without the context, but at the time this theme was a very punchy culmination of then-current rock styles.

And now we turn to that cozy hamlet of a northern California logging town, where everybody is above average… The Twin Peaks theme is another that is so iconic, you can have it instantly recognized today from the first few notes. Scored by long-time David Lynch collaborator Angelo Badalamenti, the theme has been the series staple throughout the movie and the reboot.

Seemingly composed on just a downtuned bass guitar and a pipe organ, the theme takes its dear sweet time - not unlike Lynch's story-telling pace itself - with a few notes repeating a call and response until finally the rest of the melody kicks in. Even then, it is a distinctly minimalist theme, accomplishing so much with so little.