Beatles Songs About Real Places - What You Didn't Know 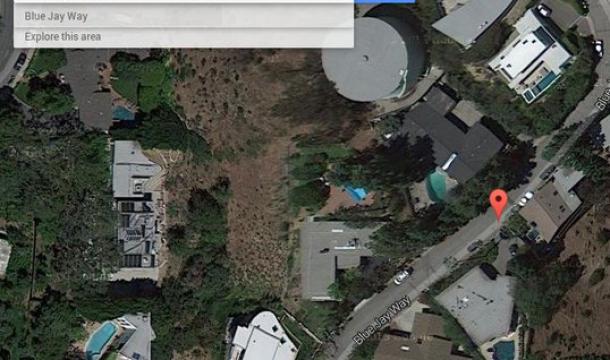 Here at the Lyric Interpretations Utility Muffin Research Kitchen (does everybody get that reference?), we're contractually obligated to plonk out a blog post about The Beatles once in a blue. So this time: The intrigue, the mystery, the forgotten lore and arcane knowledge behind five Beatles songs about real places.

The Beatles were at their sunny best when they were taking the piss, and this song is McCartney taking the piss out of the global political climate of 1968. British Prime Minister Harold Wilson had just launched a campaign called "I'm backing Britain," which is Ministry-of-Truth double-speak for "everybody should work extra hours for free." Then there was the whole Cold War thing going on at the time. Musically it's several kinds of piss-take, being a musical parody of the Beach Boys in their doo-wop era, "Georgia" referring to the Soviet Republic but also to Hoagy Carmichael's "Georgia on my Mind," while the title is a tribute to Chuck Berry's "Back in the USA." How's that for music-geek Easter eggs?

The place of this song is a street in Hollywood, California, where George Harrison was waiting on a friend, Derek Taylor, to show up. Said friend was late, so Harrison just got bored and wandered about the house, which was rented, so he wasn't familiar with it. So he just stumbled upon a Hammond organ there and plonked out this song, because you can do that when you're George Harrison. Some mornings he would just get up and yawn and a song would fall out.

The place is Sardinia, Italy. To be more specific, the place is a boat that happened to belong to Peter Sellers. Ringo Starr was on this boat, and it came time to order lunch, and Ringo, being the pragmatic sort, ordered fish. Turned out the chef was a couple of bubbles left of level that day, because Ringo ended up with squid, which he gamely tried to chew but pronounced to be a bit rubbery. the crew then joked with him, since it was his first time eating tentacle, that octopuses (NOT octopi!) mill about the ocean floor collecting seashells and building gardens out of them. Being Ringo, he just had to make a song about it, and nobody has had any idea ever since.

Penny Lane is a very real place in Liverpool, England. So real, in fact, that the local law enforcement had a problem with feverish fans stealing the street signs off the place. They gave up and painted the name of the street on the sides of brick walls along the street, which themselves proved far too difficult to steal - yes, even for feverish Beatles fans. It's not like you can't buy a sign in a local gift shop. Most of the landmarks from the area are gone now, but the "shelter in the middle of the round-about" is still there, and was briefly the location of a Beatles-themed restaurant. Please don't anybody steal that.

Like "Penny Lane" is Paul McCartney's nostalgia trip, this is John Lennon's. Strawberry Fields was an orphanage near his childhood home, and he was familiar with it from the little band they would organize to play in the park next door; young John would beseech his aunt to take him to see the band every year, and this might have even been his first inspiration for music. The lyrics are typical deep Lennon riddles, so "no one I think is in my tree, I mean it must be high or low" means that it was at this time and place that John noticed he wasn't like other kids and concluded that he must be either a genius or a fool, while "living is easy with eyes closed, misunderstanding all you see" is talking about how your memories of your childhood home never match up to the present when you revisit the place as an adult. What a beautiful, deep soul.

Beatles fans, we await your further enlightenment in the comments section below...