The Curse of the Revenge of the Return of Henry Mancini 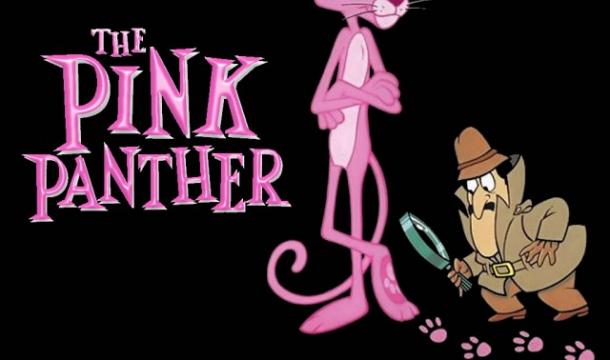 If you know nothing else about the life and times of Henry Mancini, you know this:

What you probably don't know is how the Pink Panther even became a thing. Bouncing through the eons of cultural history, you might first find the animated cartoon shorts, and encounter some funny-looking detective in a Columbo trenchcoat with a big nose and schnozzy French accent.

But then you find these awesome movies with Peter Sellers with the same title and discover that they all have these groovy animated sequences and killer music were used for the films' iconic opening and closing credits.

Confused yet? Because the answer to all the riddles is that the "Pink Panther" of the title in the original The Pink Panther (1963) film wasn't even a character, but a diamond. Said diamond subject of a heist by the villain, played by David Niven, and Sellers is Inspector Clouseau hot on his trail (although it turns out, not so hot). Clouseau wasn't even supposed to be the main character. And the animated Pink Panther in the opening sequence was actually meant to be just a surreal prank on the audience, sort of like how the opening of A Fish Called Wanda sets you up to expect the entire film to be about the fish.

And just to nail it down, here's the inspector character in his own starring animated opening, with Mancini's theme for The Inspector playing, even though this is still the Pink Panther franchise:

This was the sequel to The Pink Panther, name of A Shot in the Dark (1964). After this point, the franchise history gets fuzzy; there was Inspector Clouseau (1968), but it was done sans both Peter Sellers and Blake Edwards, so it's completely ignored by just about everybody. Sellers and Edwards returned for The Return of the Pink Panther (1975), The Pink Panther Strikes Again (1976), and Revenge of the Pink Panther (1978), before Peter Sellers' death, at which point the franchise imploded with attempts to keep it going without Sellers. There was also an attempt at a reboot in the 2000s with Steve Martin, of all people, trying to fill Sellers' shoes and failing miserably.

So, word of caution when dealing with Pink Panther fans: If it ain't got Sellers, it ain't diddly-squattly-doopty-poo.

But we're here to talk about Mancini... sort of. The Pink Panther films' animated credits became so popular that even Peter Sellers suggested that they were the whole reason people watched the movies anyway, so they got spun off into a series of cartoons produced by DePatie-Freleng Enterprises - yes, that's Friz Freleng, legendary animator who drew half your childhood starting from Golden Age Disney and moving on through the Pink Panther to most of the Dr. Seuss animated TV specials that came out in the 1970s.

Before we get away from DePatie-Freleng, they went on to create another cartoon series, The Ant and the Aardvark. Henry Mancini did NOT do the theme for this one, but the studio did round up a team of very talented jazz musicians who gave the cartoon a fantastic character. Here's a sample of that, just to say we didn't gyp yah:

OK, NOW we'll talk about Mancini. Mancini started all the way back in 1946 tinkling ivories for the Glenn Miller orchestra. He went on to Universal Studios, landing him right smack in the lap of the Golden Age of Horror in the 1950s, so he got to score The Creature from the Black Lagoon, It Came from Outer Space, and all the other classic B-list scream-queen gems you know. His first work under Blake Edwards was for the Peter Gunn TV series. You've never seen a second of Peter Gunn in your life, but you've heard this music over and over again because it's a leitmotif.

You already know the middle of Mancini and Edwards with the Pink Panther stuff, but here's yet another Mancini contribution to film from Hatari! (1962), "Baby Elephant Walk":

And just to show the range of the guy, here's "Anywhere the Heart Goes," a song from the '80s TV miniseries The Thorn Birds, written by Henry and vocals by his daughter Monica:

By the same guy who did the theme to The Creature from the Black Lagoon. Didn't see that coming? Just about half the themes to TV and film you heard from about the '50s through the '70s were Mancini's work; he was nominated for 72 Grammys and won 20. Not to mention charting on the Billboard Hot 100 seven times; once for a #1 hit, the theme from the 1968 version of Romeo & Juliet.

How surprising a resume, and how prolific an artist! He's dead and gone almost 20 years ago now, and hardly anybody today remembers who he was, which is a low-down dirty shame.