Get Over It: Songs to Help Get Through a Breakup 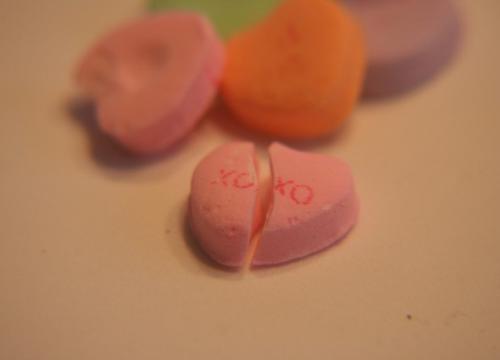 When it happens - especially if it’s unexpected - getting dumped can be the worst thing that’s ever happened to you. All of those amazing, positive feelings that surrounded you and permeated the air around you when the two of you first fell in love are replaced by cold, dead and grey ashes, and all of your hopes and aspirations for the future feel empty without that special somebody by your side.

But hey - this probably isn’t your first breakup. It probably won’t be your last, either. While it may seem like the worst breakup ever at the time, things generally only get better with time, and after awhile you’ll see that they weren’t worth it anyway.

With that in mind, let’s jump to our first song for getting through a breakup:

This song is probably the most obvious that we’ll be using for this list, but it’s here for a good reason: because often, the best thing to say to a woman after she’s broken your heart is simple, effective, and brutally honest: fuck you.

Although Cee-Lo’s version focuses on how he’s too poor to keep his girl around, you can replace this with pretty much whatever caused the two of you to break up. You don’t clean enough for her? Fuck her. You fart underneath the sheets and waft it up at her after waking her up with a sweet kiss? Fuck her, that was hilarious. You won’t watch Gray’s Anatomy with her? Fuck her, you were trying to show her that you had taste.

One of the darker (but not darkest!) selections on our list, Pantera’s This Love is is simple, terse, and excessively melancholic outing from the otherwise-usually-really-badass band. Revolving around self-loathing, a profound sense of loss, and a sense that things will never be the same, This Love culminates in a pseudo-suicide suggestion of, “I’d kill myself for you, I’d kill myself —”

Sometimes, nothing else matters. This track may not make you feel any better about what happened, but at least someone else knows exactly how it made you feel.

Guns n’ Roses: Back Off Bitch

Hey, look, sometimes you weren’t the problem in the relationship - it was her! This is a song for exactly those times, for those times when you don’t want to give her any credit at all, and want to instead trash her to make yourself feel better. While this might be a misogynistic, borderline abusive song, sometimes it’s exactly this sort of energy and hostility that you need to get through your day.

Cake: I Will Survive

This is one of those times that somebody managed a song much better than the original version. Instead of being the soaring, disco version of the original I Will Survive, Cake transforms the track into a mournful, sad, but ultimately uplifting and hopeful ballad of — survival.

I Will Survive is critical to be on this list because you will survive - but getting to that survival point is probably going to suck. So grab your loose-strung guitar, get on top of a taxi, and croon your way to survival there tough guy. You can do this.