These Bands Are All Older Than You Think 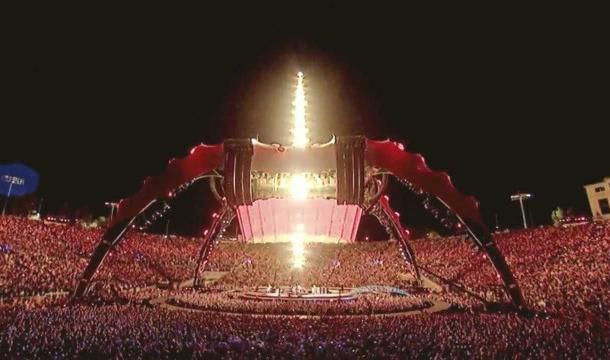 Generation X here! Just a minute while I finish yelling at these kids to get off my lawn.

Now then: Having raised four Generation Z kids in the US of A, it has occurred to me that modern generations seem to be unusually attached to old fuddy-duddy culture. Like mine. Something about the advent of the Internet made cultural change slow *way* down. Consequentially, the past is perfectly preserved to be taken up by generation after generation. Star Wars (begun in 1977) is still popular. And that's fine, but it's weird. Imagine if your humble author, by the time of my teen years in the 80s, was a huge stan fan of pop culture from the 1930s and '40s. Forget the 80s, it's all about Charlie Chaplin, the Three Stooges, and Casablanca now! With a radio in my room still running serial dramas of The Shadow and The Lone Ranger. That's how you all look to me being major Star Wars fans now.

The same thing has happened with music, which is almost concerning to me. The youth of today should be listening to music that aggravates me. Instead, you all raid my playlist. Meanwhile I have ever vowed to look forward and stay current with the times, only to find out that I have to sit through the 80s and 90s over and over again for the rest of my life. It's just all so ironic.

We're going to subject you readers to the same temporal whiplash, by pointing out several bands that still enjoy huge popularity today, all of which are from a couple generations back.

We're starting with Devo for no other reason than because we just did a fun piece on them exploring their career. Devo formed circa 1973 - Richard Nixon was still president! - when several art school students rubbed elbows and found that they shared similar sentiments about the degrade of modern capitalist-industrial culture. Both Mark Mothersbaugh and Gerald Casale had even played in bands previously. But truly, most of you are only aware of Devo going back to "Whip It!" (1980).

Since we just got through giving Devo its time in our spotlight, we'll commend you to that other piece for more Devo trivie.

Iron Maiden just recently made the news for canceling their scheduled tour dates in Russia and Ukraine. Now, Iron Maiden has been a long-standing cross-generation crowd pleaser. We're not so surprised that they're still touring, but didn't expect them to have a solid fan base in Russia. Anyway, the British hard rock group got its start on Christmas Day, 1975, as bassist Steve Harris decided he was ready for a new band. Iron Maiden's debut was May 1st, 1976, at St. Nicks Hall in Poplar before filling in as a house band for the Cart and Horses Pub in Maryland, Stratford. To this day, the Cart and Horses proudly proclaim themselves as the birthplace of Iron Maiden.

Given that power-pop band The Offspring is something like the very last band with any kind of classic punk influences remaining intact, it's surprising that they remain so popular. But they have a good sound and many popular, radio-friendly hits, so more power to 'em. The Offspring started out as a garage band playing in the sleepy suburb of Cypress, California, with guitarist/vocalist Bryan "Dexter" Holland and bassist Greg Kriesel. It took a few years for them to fill out the rest of the band membership and start releasing singles. Their name comes from a B-movie horror flick, The Offspring: They Were Born to Kill. Despite my encyclopedic bookmarks collection and cinematic expertise, I can find no listing of this movie.

King Crimson is like the progressive band you turn to when you need a break from Pink Floyd. Even their most diehard fan base is aware that the band goes way back, but dig this - they're older than your humble blogger! The band was started in January of 1963 by guitarist Robert Fripp assembling the original line-up to record the legendary album In the Court of the Crimson King, whose album artwork is still plastered all over the Internet over half a century later. The band has taken long breaks and reformed on and off ever since, so it's mostly "Robert Fripp and whoever he can drag into a studio."

While I never "got" U2 beyond their being radio-friendly background noise, no one can deny that the Irish rockers led by Sonny Bono's crooning and Edge's repetitive guitar have undimmed popularity through the ages. They got their start in 1976 - Gerald Ford was president, soon to be replaced by Jimmy Carter - when Larry Mullen Jr., a 14-year-old pupil of Mount Temple Comprehensive School in Dublin, Ireland, posted a note on a message board asking to join a band. Bono and Edge just materialized out of nowhere and they jammed in Mullen's kitchen. Yes, it was JUST THAT EASY!