Five Song Artists Who Got A Popularity Boost Through Other Media 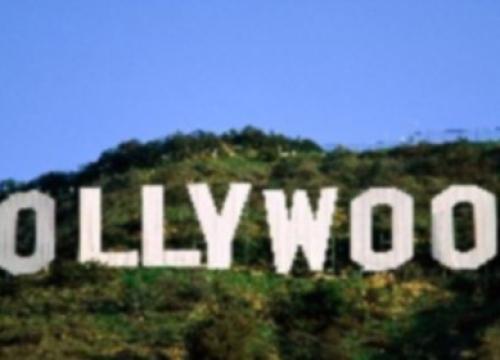 They say in the fame game, it's never what you do, but who you know. Or even better, who knows you. An unpaid, but sincere, endorsement will go galaxies farther in making you popular than all the paid advertising in the world. Here's a few music acts which would be a lot less famous today if their name hadn't been dropped by the right person at the right time...

Elvis and The Beatles - the Ed Sullivan Show not to be included because everybody knows them. Yes, TV talk shows promote singing careers. What did you think their purpose was?

The Pixies were a decently successful alternative band back in the '80s/'90s who had long ago hung up their guitars and decided that was the end of the show. Their star was fading fast, barring a few cult followers. Then the 1999 film Fight Club used their song "Where Is My Mind?", revitalizing their career. The Pixies reunited shortly afterwards and announced a tour by 2004.

Coulton was a basement electronics geek who embraced the online music model early, selling music from his own blog and enjoying some modest indie-fame already. But when the blockbuster video game Portal came out as part of the Half-Life franchise, his closing theme "Still Alive" went absolutely viral everywhere at once. The song's vocals are provided by Ellen McLain, both the voice actress for the game's AI-villain GLaDOS and a classically trained operatic soprano. The song perfectly captures the dystopian, sardonic tone of the game and the AI's personality perfectly. Since then Coulton's fame has spread exponentially.

One suspects that the notorious one-hit wonders who'd long ago faded into obscurity must have swung this sideways promotion with their agent: Jules, a character in the 1996 film Pulp Fiction, early on drops the name's band when referring to a character with a funny haircut exactly like that previously sported by lead Seagull Mike Score. The character barely gets a line, almost no film frames to himself, and possibly even dies in the ensuing gunfire. Yet the casual mention drove viewers to seek out the mysterious band, which had already reunited several years earlier. Mike Score in a VH1 interview actually credited the film with bringing Flock of Seagulls back to mainstream popularity. What's even more confusing is that Mike Score is now bald, so modern viewers won't even make the connection. And how ironic is it that Score used to be a hairdresser?

We all know that bands get a promotional boost when appearing on the Tonight Show, but who really has the street cred? The marble-headed gross-out cartoon teenagers from MTV, that's who! Early mentions and clips from their videos on the MTV cartoon series pumped White Zombie's popularity by a large margin, when before the group had been struggling to keep a recording contract going.

The under-appreciated TV series Glee is perhaps credited with launching or boosting many a music career. Consider that Gotye's "Somebody That I Used To Know" is a very non-mainstream hit, not the usual pop song to make a worldwide chart. But let it slip into the repertoire of the Glee cast, and the viral hit show's cult following began furiously Googling and Tweeting about the song. It's now received airplay and record sales among fans who've never heard of Glee.