Classical Selections For Your Halloween Playlist 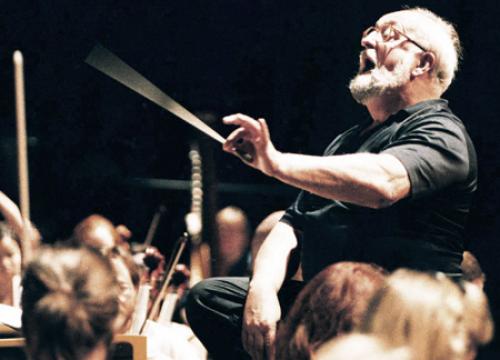 Ah, perhaps you are of a more discerning nature in your preference for Halloween playlists. Fear, being mankind's oldest emotion, is best captured by the classical masters, and we leave all that crude rock 'n' roll stuff for the kiddies, you say? Fair enough; here's our picks for the spookiest classical pieces for your haunted house party:

Now, here's a standard choice that's very popular. Not only has Mussorgsky's masterpiece of menace been a popular selection as music for the macabre ever since Disney's Fantasia immortalized it for the modern audience, but it's also a pop culture standard that pops up anywhere a bit of woodwind-fueled drama is called for. It even plays over the final showdown in the old Comedy Central TV game show Win Ben Stein's Money. Not to mention, it's particularly fitting as the soundtrack to catastrophic storms, such as ones named "Sandy" that bear down on New Jersey about now...

Used worldwide and throughout history for the entry of large ham villains, right up to the Phantom of the Opera, and trivialized right down to the old arcade space shooter video game Gyruss. Even though it's been overexposed, nothing to this day quite says "Abandon all hope, all y'all who mosey on over here" quite like the pulse-freezing organ intro.

Finally something that hasn't been played to death - this is the eerie, squealing, other-worldly music you hear as part of the soundtrack to the film The Exorcist. It starts slow, but give it a chance - it will take you down haunted corridors of catacombs soon enough. You would be well-served to check out other pieces by Penderecki - "Threnody to The Victims of Hiroshima", "De Natura Sonoris No. 2", "Utrenja Ewangelia") His music has been used in every scary film from The Shining to David Lynch's Inland Empire. About half the squealing-violins-type music you've heard in horror films is Penderecki in one piece or another.

So bombastic that it frequently gets paired with the "1812 Overture", this piece has plenty of mood and somber resonance. Though in typical Tchaikovsky style, it does bounce around in mood a lot (Pyotr was narrating the whole story of a war between the Serbs and Ottos here), it does come back to that brooding, harsh theme, louder and more dramatically each time.

From his opera "The Planets", this is a popular Halloween choice for reasons which may not be apparent at first. But it does get up to some scary boom-crash drama in tone, signifying the Mars of Roman mythology and not necessary the friendly little planet where our robots are currently frolicking about. War is a great and terrible thing, and the scariest monster of all is man's inhumanity to man - that's what this piece is getting at.

"Dance Of The Pagan Monster" - Prokofiev

Oh, give it a chance! While it isn't as blood-curdling as the previous items on this list, it has more of the suspenseful anxiety to it - just right for being chased through the woods at night by witches and such.