Second Time Around: Cover songs that are better than the original 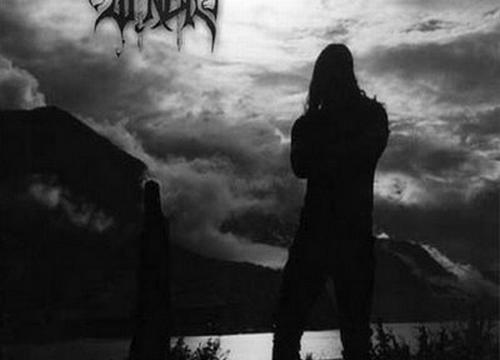 Let’s face it: just because you did something first, doesn’t mean that you’ve done it the best. For better or worse, this often holds true more for the arts, particularly music, than it does for other fields.

While in the engineering world, managing to bridge a tremendous gap once thought unbridgeable would land your name in the history books. However, write and record a song that is later redone by an artist in a better, or even just more popular fashion, means that you’ll just be the guy that got there first - and then beaten by his own game.

With that in mind, we decided to take a look at some song covers that are actually better than the original versions.

While saying that the Sisters of Mercy did anything better than fanboy-favorite Rolling Stones may earn our blog the hatred of millions, we’re going to go ahead and just say it: the Sisters of Mercy version of Gimme Shelter is vastly superior to that of the Stones. The original, a dirty, whiney track typical of that era of rock music, was catchy but not terribly interesting. Thematically, the lyrics worked - but that was really about it.

The Sisters of Mercy version, however, is brilliant. Perfectly captivating the lyrical themes with the Sisters’ trademark spooky, swooning sound, Andrew Eldritch rolls Gimme Shelter over onto its back and places it in the goth light that it should have started with.

Alright - we’re a bit loathe to include two different goth covers that are better than the original rock versions, but it is what it is.

We don’t make the rules, you know?

But here’s the thing: while Bowie’s original version of Ziggy Stardust is a glam rock classic, the track feels as though it has more to do with Bowie’s ridiculous, over-the-top posturing than it does being a complete, full song. Ziggy Stardust doesn’t feel like a unified song, and the minimalist approach to its writing doesn’t really lend itself well to the theme of the song.

Enter the Bauhaus version: slightly more weighty, decidedly darker, a scant heavier, and most importantly, spat out from the silky-smooth, usually-more-mournful voice of Peter Murphy, the Bauhaus version of Ziggy Stardust feels like the song that Bowie’s original should have been.

How’s this for obscure: an eclectic, little-known black metal band (at least, outside of metal circles) named Enslaved covering a song by an even less-known folk metal band from Norway? Just the same, one of Windir’s best releases was sadly on their tribute album, and Enslaved totally nailed an otherwise-mediocre Windir track called Dauden.

Let’s take a look at the original version by Windir. Lo-fi, as was most of their releases, and given the nature of the genre this isn’t really a problem. Dauden has the same rolling, epic feel that makes Windir one of my personal favorite bands, and while there are some fantastic riffs in Dauden (namely, the one starting around 1:08), this track really pales in comparison to a lot of Windir’s other, perhaps more inspired tracks. While it’s mournful, has a great deal of soul, and verges on the badass, it never quite gets there.

Now, enter the version Enslaved put on their cover album: this version, rendered on gorgeous, high-quality sound equipment, is everything that Windir’s Dauden aspires to be but ultimately is not. While the version Enslaved did is broken up into neat sections (buildup right here, angry screaming part here, epic slow part here) that make the pacing a bit weird, the buildup at 1:20, the epic chant at 2:10, and the drawn-out, hate-fuelled, agony-driven segment immediately following catapult this otherwise mediocre Windir song into one of the best folk/black metal tracks that I’ve ever heard.