Joan Jett, Lita Ford, and the Twilight of the American Hard-Rock Woman 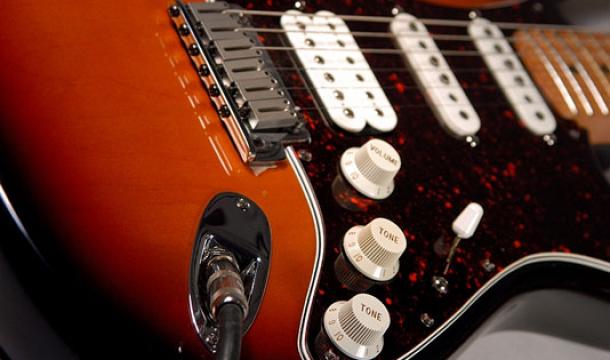 You'll notice something about gender-demographics in media that's a little creepy when you think about it: When men market to women, they hide the men and paint everything pink - but the entire set-up is based on what men think women should want, seemingly without the input of even one human being born with two X chromosomes. When women market to men, the woman is always pasted in front, dressed in as little as possible, and the woman goes out of her way to act as stereotypically male as possible.

* Men want a woman who is dis-empowered by being forced to play at the advantaged masculine level, and stripped of every possible sign of her femininity save her puffy girly parts.

* Women want two pink aisles of every store all to their own, and will settle for whatever the guys are having but color-coded for their convenience.

Just take a look at the history of women in male-marketed rock 'n' roll:

And of course, Joan Jett.

Here's a screenshot of Google images when we search for "Lita Ford" or "Joan Jett": Are you beginning to see the pattern? It's as if neither of them have ever worn anything but black a day in their lives. Black leather, black velvet, black rubber, black black. Guys like women in black, preferably with lots of tattoos and posing with their hips thrust forward like they're about to pee standing up. The sole exception is when Joan takes to the stage iiiiiiinnnnn.... a FOOTBALL jersey. What would happen if either of the gals did a set with a flowered muumuu and Birkenstocks and big chunky earrings one time? The male audience would get up and walk out (with their loyal girlfriends behind them), because now she'd be packaged differently, even though same songs, same band, same performer. KISS can wipe off their makeup and still be KISS. Lita Ford without five coats of Playboy-centerfold camouflage becomes one of those icky girly girl bands like The Bangles or Siouxsie and the Banshees, ew!

Women rockers marketed to men even all have to sing alto, and a hard-pounding, WWF-announcer alto at that. Because men cannot hear tones higher than 440 Hz, amiright?

All this is prelude by way of pointing out the fact that Joan Jett and Lita Ford are still touring, still singing, still releasing albums, and still wearing the ol' traditional. And if you're surprised at this news, it's because the era of the male-marketed female hard-rocker ended a long time ago. But back it up a bit...

The story of Joan Jett and Lita Ford begins with The Runaways, and here's their signature hit "Cheery Bomb":

Hey, look, it's five women wearing black and singing alto, playing heavy punkish rock. Only the lead (Cherie Currie) has to appear more glamorous, so she gets center front and the sequinned black top... tied off to show as much skin as possible, of course. Just a few years ago, there was a fictionalized documentary about the short history of The Runaways, titled The Runaways. They occupied that twilight cross between hard rock and punk when rock-music culture couldn't decide where it wanted to go next in the late '70s and they had to have something for the people who were sick of disco and funk. Far more telling is the 2005 documentary Edgeplay, a term borrowed from BDSM culture - and quite adept at capturing the image The Runaways wanted to portray. The bridge was burned; there was no chance of making up with the female half of the music market now.

By 1980, there was no longer a Runaways, but most forged their own music careers, and they were mostly all quite seminal. Sandy West became a session musician with The Who. Micki Steele ran off to be a Bangle, showering off the nicotine-stained leather jacket smell. Cherie Currie wobbled between solo and joining Joan Jett's Blackheart Records label. Vicki Blue played a bit part in This Is Spinal Tap and a documentary about Suzi Quatro (who also wrote songs for The Runaways, we forgot to mention). Only McAllister and Fox moved on to non-music careers.

Lita Ford, we all know, went on to huge fame and success through the '80s onward, and this is probably her signature hit "Kiss Me Deadly":

And before we go anywhere, we have to compare Joan Jett, because this song came out at almost the same time and for all you could tell over anonymous radio, could have been sung by the same person. "I Hate Myself For Loving You":

So now we have the dueling heavy-leather boy's-fantasy altos, both being the sole whiff of estrogen in the campy, hairy sausage-fest that was the hard-rock / metal scene in the late '80s.

Now, of the two, Joan Jett has the biggest, ah, credentials here. You'll remember that she covered The Arrows' "I Love Rock and Roll" in 1982, and holy monkey gods of Pluto, did that song ever become a worldwide hit. In case you're too young to remember it, here is the video:

Yes, that's her previous release "Bad Reputation" playing at the beginning, which was part of her album of the same title released in 1980. It didn't go anywhere special, but the reputation of this song rubbed off on "Bad Reputation" to where VH1 now declares it a classic.

Suzi Quatro had a great deal of involvement in the early Runaway days, and to this day every female who ever dressed like Batman's centerfold fantasy while grunting into a microphone owes a debt to her. She's the godmother of the hell-for-leather gals. Just look at her here in "Can the Can", her first UK #1 single:

Oh, she didn't chart top-40 in the US, not until 1978's mellow lounge lovey-dovey duet with Chris Norman, "Stumblin' In." See, "Can the Can" was released in 1973, and Suzi was a hit in the UK and Australia for many years before she broke the ice stateside. 1973 was too early for Americans to deal with a woman inspired by Elvis. The Runaways ran away with Quatro's shtick, and turned it from a cross-gender appeal (in UK and AU) to an almost exclusively masculine demographic. And yes, Madonna might have raised an eyebrow in the US with her fetish-wear by the '80s, but in 1973 UK audiences didn't appear fazed by Quatro's leather dog collar with dangling tag.