Popular Vocalists With The Most Shredded Vocals 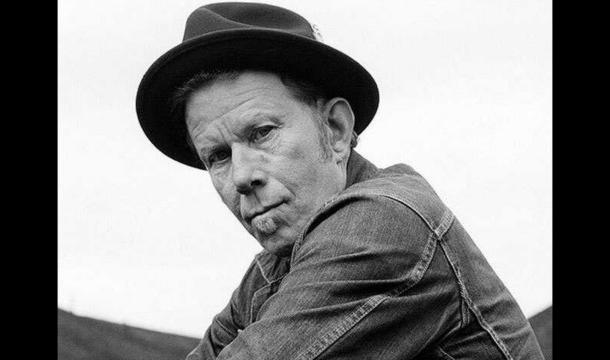 One of the greatest ironies in popular music, especially rock and roll, is that some of the greatest bands have lead vocalists whom, uh, don't sound at all like singers. They instead sound like a Wookie gargling saltwater, or have a range from A to B, or just forget singing and yell their lyrics.

Sometimes it's the music style. That "Cookie Monster singing" AKA "metal growl" is a hallmark of death metal and related genres. The grunge movement included its share of gravel-voiced baritones. Industrial is of course littered with harsh vocalists because the whole genre is supposed to sound abbrasive.

Here we see why you don't have to actually sing to be a famous singer. You can just get away with yelling the lyrics to a rhythm, if the band's loud enough.

I mean, she is popular, Yoko Ono has been selling records for years long after generations have all but forgotten the Beatles. But in this example, you really hear the contrast between her voice and a talented singer like John. On the last 2 verses, she joins in, flat as a a board. Yoko actually sounds deeper than John, and has a range like an automated checkstand.

Are you tired of female vocalists that are all trilling crescendos and chirping arpeggios? All those soft and cuddly female artists? Is it time for a female solo artist whom not only looks like Harley Quinn, but sings like her too? Catch the choppy punk vibes off the sassy Porcelain Black, who has the voice of a mountain lion but also the chutzpah to pull it off.

If you hear Tom Waits in interviews, you know the sad truth: That's his normal speaking voice. He's not putting you on, that really is all he's got! Sounding like a cross between a barking bulldog and pirate with a smoking habit is his whole act. This does give his music a distinctive sound. But he's such a brilliant musician that he creates songs where his voice is a feature, not a bug. Play the hand you're dealt, you know?

Don't get him wrong. The former lead singer of the Dead Kennedys and continuing solo artist Jello Biafra can carry a tone, more or less. He's no canary, but at least he can give you a couple octaves if he feels up to it. It's just that he's mainly an angry punk singer with an abrasive style. So he's more of a shouter, and in fact has quite a selection of spoken word narration and prose out there. Jello just wants to beat some common sense into your head, and if his sarcastic shouting gets the message to sink in, then so be it.

The man himself said it best when he picked up his 1992 Juno: "Only in Canada can a voice like mine win Best Vocalist." Leonard Cohen could carry a tune, but his natural range was so low that he was limited to the bass and baritone keys. Even in this example, he has three female backups joining in and you can still hear his fog-horn croon under them all.

We're not going to list all the Industrial groups here because, like we said, they're all pretty shy of melodic styles. But Skinny Puppy deserves special attention with this song, nothing but raspy, whispering vocals that suggest an undead corpse reanimated. It works great with the macabre video that looks like an EC Horror comic come to life.

Just lie with Industrial, we could list Metal bands all day. Modern metal is almost required to have growling, barking vocals or the fans reject it. But Caninus goes one step beyond, because those aren't even humans. They're samples of pitt bulls barking and growling. Caninus (what, was Cerberus taken?) is a deliberate parody of the genre, and yet fits in perfectly with the rest of the modern metal scene!

Not everybody who gets compliments on their beautiful voice is meant to sing, and not every accomplished singer got their start in a choir. There may be other impediments to a singing career, but if you're an aspiring artist, never let your voice stop you from pursuing lead singer status.