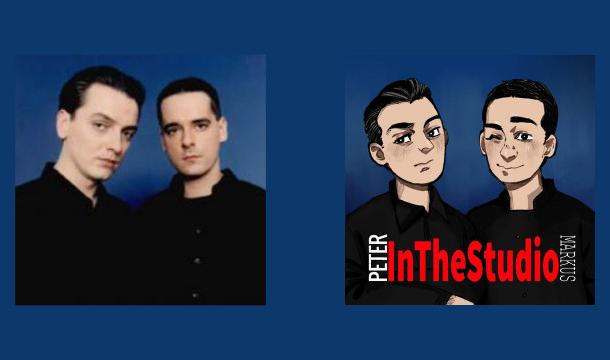 Readers, today we're going to explore how an obscure German Dark Wave duo can spawn an almost bottomless rabbit hole within the fandom. There's so much to this story that I'd better skip the preamble.

Wolfsheim Was a Band

Wolfsheim was a techno / synthpop duo active from the late '80s to 2005. Namely, the duo was Peter Heppner and Markus Reinhard. They did NOT officially "break up," but they did have a dispute which led to a double-binding pact of lawsuit settlements in which none may go onstage as "Wolfsheim" without the other. Still, it's been a good 15 years since, and hardly a peep from them.

We should also mention somewhere that the duo was named after a character by the same name from The Great Gatsby. It has its own wiki, because of course it does.

Wolfsheim fits squarely within the genre of German Dark Wave, perhaps known to you under the logical name of "Neue Deutsche Todeskunst." Dark Wave is a consistent genre existing at the intersection of Goth Rock, Techno-House, and Industrial Pop genres. It's bordered by Kraftwerk on one end and Rammstein on the other.

Here's Wolfsheim's signature hit, "The Sparrows And The Nightingales":

Right away, you'll notice this genre is easy to formulate, which is why I call it consistent. You take the instrumentals of Depeche Mode, dark romantic lyrics, and a vocal monotone from a band like Bauhaus or The Smiths. Dark Wave is like New Wave with depression. The Heart of Glass is long-ago broken.

Wolfsheim had a modestly successful run around the turn of the century, picking up an ECHO award for "Best German Alternative Band" in 2004, touring around Europe, and even touring exactly once in the US. While Wolfsheim may well be gone for good, lead vocalist Peter Heppner continues to collaborate with diverse music acts along the European EDM spectrum. Their last album, Casting Shadows, dropped in 2003. Shortly thereafter was when the act went on hiatus.

That would be the story of Wolfsheim, except…

Orson Bennett (the stage name of Giles Edwards) is a voice artist who has narrated his way to a central point of influence on the tumultuous Spotify platform. From readings of the works of Edgar Allan Poe to an interview with surfing guitarist Siobhán Hewlett, he's become a prominent indie arts voice narrating some of our top up-and-coming authors. And he's also narrated some of my work when he's really bored and I have the spare time to toss him a nugget from the junk trunk.

But his passion project, albeit one he's not the least shy about, is "In the Studio mit Markus und Peter!" This is a comedy-satire series speculating on what went on behind the scenes with the Wolfsheim duo. While the series, with Bennett voicing both halves of the duo in purple Dr. Strangelove tones, does skewer the duo for their angsty and moody drama, the series really is done out of deep fandom love. It's an affectionate parody, speculating on developments in the band's career such as moving to a new studio after the previous digs had been bombed, or the trials of therapy and mood stabilizing prescriptions.

If you clicked through that link and beheld the full playlist of the series, you might be amazed at how far audio fan-fiction can take a joke. That's 30 episodes, plus a couple holiday specials. That is some remarkable commitment, all for a niche audience of perhaps - what? - a hundred or so fans worldwide who both remember Wolfsheim and appreciate podcast humor. 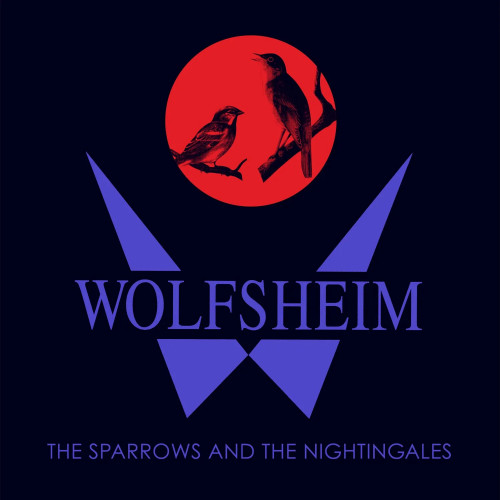 Is This the Only Cross-Media Tribute to a Band?

We end up beached on the shores of pop culture here, because In the Studio mit Markus und Peter! Is a singular work. I know of no other podcast fan fiction series satirizing a band.

Songs that take a dump on their own genre are in no short supply. The old MTV series Beavis and Butthead had the two title wastoids doing hot takes on music acts of the day from the comfortable realm of their tacky sofa. I guess you could call video games like Brutal Legend some kind of commentary on the metal music genres. We have cartoons like Metalocalypse or movies like This is Spinal Tap, which are definitely satires of hard rock culture.

But full series devoted to satire about just one band? Hardly seen them. If you readers can think of any more examples of this kind of work, drop us a line here, because we are dying to talk to more creative oddballs like Bennett.