The Big Cheese! Was 80’s music really that bad? 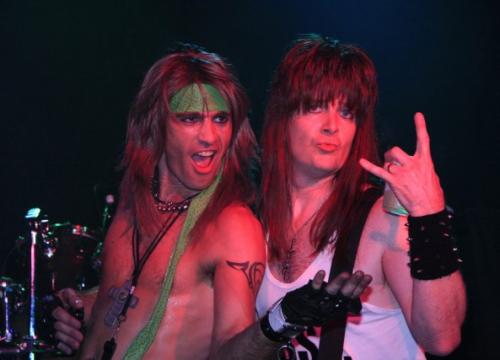 Last weekend, after a 30 hour flight I stepped off the plane and straight into a party. I know, it seems like a pretty long way to travel for champagne and a boogie, but it was my sister’s bachelorette party, so I guess that counts as a special occasion.

As these things usually play out, you end up in some dodgy nightclub dancing around your handbag and snogging the most unsuitable boy you can find as the DJ plays the excruciating ‘Lady in Red’ for the nth time. Well let’s be honest, jetlag in combo with half a dozen mojitos tends to have that effect...

As this thing actually played out, we ended up in one of the coolest night clubs in Cape Town. Yep, there were unsuitable boys. They were despatched along with our handbags. Yep, there were mojitos. We used those to slake our thirst after a marathon dance session that saw us party until the sun rose. What made the evening was a DJ who played every hit from the 1980s. And I mean every hit! For a committed electro-pop princess like me it was Softcell-ed, Heaven 17. Yazoo!

I know, I know...the 80’s was the time of groups like Kajagoogoo and the Steve Miller Band. Bad hairstyles and questionable fashion. Mobile phones the size of bricks. Cheesy music with a capital F.R.O.M.A.G.E. Even worse, cheezoid film soundtracks! If you want to throw up those mojitos, you’ve only got to listen to anything by Bon Jovi or Kenny Loggins. Living on a Prayer? Danger Zone? Not our finest hour. Pass me a bucket now! Still the 80’s was also full of great bands like the PetShopBoys, Aha and Duran Duran. And for those uber-coolios, let’s not forget post-punk industrial bands like the Nine Inch Nails or the more experimental Cocteau Twins, who sang every song in Esperanto. What a decade!

Nowadays, there are lots of bands trading on the sound of the 80s. Some are better than others, and while I’m flattered my generation is old enough to be seen as trendy in an ironic sort of way (think New Young Pony Club or Hurts) I must admit, original 80s still is best. Would you like a mojito with your cheese, madam?