The Meanest, Most Misogynist Music 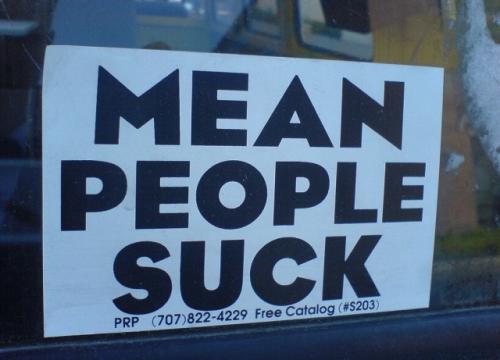 Along with our list of "songs you only hear in chick flicks" parts one and two, in which we gathered a bunch of males around to point and laugh "Ha ha! Look at the sappy music women like!", we thought we'd now do a list of songs that women really, really hate. Be prepared to have your feminine sensibilities offended, because these songs project an attitude towards the female gender that would make Andrew Dice Clay look like Prince Charming. And we aren't going to dwell on some dumb little indie band that nobody's ever heard of, either - these are chart-toppers or at least well-known.

Now, songs turn out misogynistic for two and a half reasons. Either they're intentionally demeaning to women in the first place, or they are made in an era when their theme was considered OK, but then time marches on and their message becomes politically incorrect. The half a reason is that sometimes the song-writer just had a "duh!" moment.

Kiss With A Fist - Florence + The Machine

This one's a pretty mild example - at least it isn't one-sided! She fights back, after all. Also, it's a punk-ish song, so at least done partly for the shock value and black humor of it. But it's still a song about intense domestic violence, with lines like "A kick in the teeth is good for some; A kiss with a fist is better than none" that will make anyone squirm with discomfort, no matter how funny you sing it.

Every Breath You Take - The Police

One of the most infamous songs for being a creepy, off-key stalker ballad that sounds like a love song until you think about it. In a 1983 interview, Sting even described it as "a nasty little song, really rather evil" about "jealousy and surveillance and ownership". This is a unique case, because people tend to take it more innocently than he meant it. It gets played at weddings.

Baby, It's Cold Outside - Dean Martin (but it's an old pop standard written in 1944)

Now, what could be more innocent than this sweet little holiday ditty? Well, consider that the sheet music is written for two parts, named "wolf" (male) and "mouse" (female). Hmm. Now, the lyrics have the female part protesting that she wants to leave, and the male making excuses why she should stay. He's talking her into it... and then she has the line "Say what's in this drink"? Ahh!

Ugh! Written by Chris Gantry for Glen Campbell who released it in 1968, and it doesn't sound a minute younger. Even for 1968, this song already had a sorely outdated 1950s view of domesticity, and the singer brags that she "gave up the good life for me", which sounds like she was kidnapped and sold at a slave auction. It gets prominent mention in Dave Barry's Book of Bad Songs, too.

We wouldn't dare post the video for this one - besides the viewpoint, this is the extremely teeth-grating, annoying 1963 song that goes "I love him! I love him! I love him! And where he goes I'll follow! I'll follow! I'll follow!" Who wrote these lyrics? A moron! A moron! A moron! Actually, Franck Pourcel, who used a pseudonym 'J.W. Stole' for this - and one could hardly blame him. Anyway, as if the point-of-view of a man's backside wasn't enough, guess what the title of the song on the B-side of this single was? "Wind Up Doll". Is this article over yet?

So disturbing, you don't know where to start. Even though all she's asking for is "the biggest lecture I ever had", the rest of the story seems to imply that physical violence was what they originally had in mind before they toned it down. Then there's "I want a brave man; I want a cave man" - yep, this was 1962 all right! And for that matter, the singer's own character seems to be a masochistic manipulator, who deliberately tries to provoke her boyfriend's temper. Oh, yeah, and just when it can't get any worse, a surprise instrumental bridge featuring a chorus of... no, we won't spoil it. But we gave you the Star-Trek mash-up version just to soften the blow. By the way, this made #7 on the Billboard Hot 100 - and subsequently became Joanie Sommers' only hit!

He Hit Me (It Felt Like a Kiss) - The Crystals

Oh, no, forget it, we're through with this. Let's just say that this was a Phil Spector Brill Building project (you know what a charming prince convicted-murderer Spector was, right?) and say that when Courtney Love covered the song on MTV Unplugged, even she put it down. Oh, and feminists in 1962 finally had enough and protested this song, so it got yanked off the air... what took them so long?