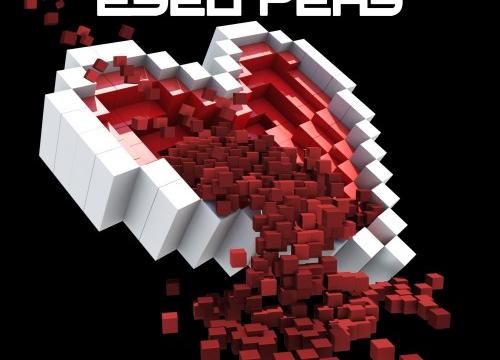 The Black Eyed Peas lead a charmed life, always being at just the right place and just the right time with just the right song. Imagine filming a video in Tokyo one week before the 2011 Japanese tsunami disaster, and you just happened to make it a loving tribute to the area. Psychic. By all rights, The Black Eyed Peas should have been another electro-hip-hop act, neither more nor less distinguishable from the thundering hordes of artists who picked the same genre. But they keep riding the front of the wave by offering that little bit of something extra.

"Just Can't Get Enough," as of April 2011, has sold over one million digital downloads, as well as being a top-10 hit around the world and scoring #3 on the US Hot 100. And now, we're going to switch from the very hip and now subject of Black Eyed Peas to tell you about an early-20th-century British classical novelist - E.M. Forster.

E.M. Forster wrote a science fiction short story in 1909 called The Machine Stops which is going to kick your head for a field goal if you've never heard of it. Over a century ago, Forster described this society where everyone lives in isolated cells and communicates electronically with voice and video. They all spend their time saturated in electronic media. Going outside and seeing other people in person is possible, but is seen as a useless bother. The society is painted as a dystopia, where people have lost the ability to connect because they communicate through The Machine - and what happens if The Machine stops?

Yeah, there you are, reading this right now over the Internet, having very much the same experience that an English novelist said you would a century ago.

Now connect the dots to the Black Eyed Peas. Instead of being at home and lonely because the one you love lives miles away, this song is about being out on tour traveling the Earth and missing the one you love back at home. But we still have the same separation, no matter how hard we try to connect through our cell phones and touch screens and lines of scrolling text. We still have one person in an embryonic cell talking to another person in a cell through electronic means, expressing a desire to be with each other in person.

Of course, being the Black Eyed Peas, this is dressed up in a typical "missing you" song. You'd be correct is saying that we're making a stretch connecting it to E.M. Forster. But "Just Can't Get Enough" is one of many media pieces in the theme of personal or emotional isolation in the electronic age (see also the songs in I Sing the Body Electric - Songs About Computers), and that theme goes right back to E.M. Forster, who basically set off a wave of ideas that resonated throughout the science fiction community for a century - and even into philosophy when Marshall McLuhan uttered that most-quoted-out-of-context and misunderstood phrase, "the medium is the message."