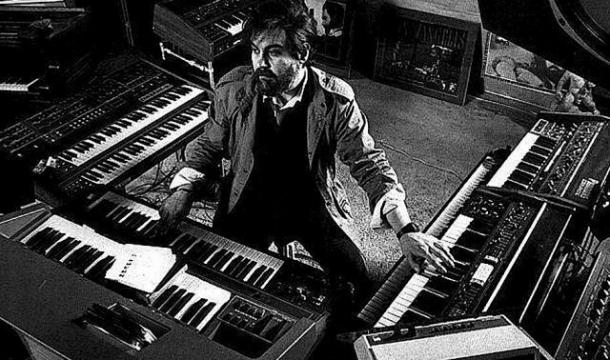 This month, the music world marked the passing of Vangelis, the classical Greek composer who is most famous for his music score to the 1981 film Chariots of Fire.

It's a shame that most bloggers would list a few more movies and call it a day right there, end of research. That's a shame because the film soundtrack gig was just one corner of his decidedly unconventional career. Let's face it, beyond all the versions of the theme music to Chariots of Fire and the later, even more textured, Bladerunner, Vangelis never landed another major film soundtrack to round out the trifecta. He did do other soundtracks, but to far less significant movies.

Let's Not Dwell Too Long On the Films

Chariots of Fire is moreover only famous for being an Oscar darling. Yes, everybody can see that the same clip, played over and over again, about the people running down the beach, is very beautiful. Despite the fact that the rest of this movie is nothing but a roaring, yawning, jaw-stretching bore outside of that 2-minute clip, the Oscars decided to shower this random movie in piles of little gold statues. We now know better than to attach too much significance to Academy Awards hoopla, but in 1980? They ran Hollywood with an iron fist in a titanium glove. To watch a movie that had no Oscar approval exposed you to mobs of indignant citizens bashing down your door and doing indignant things to you.

For my money, Blade Runner was far superior, just because of Vangelis having an actual story to work with here. Chariots of Fire is one of those stuffy British tearoom sports movies where the crumpet-farters show off their ivory-white colonial lifestyle financed from the British empire raping half the planet at the time. Blade Runner is first of all the most definitive movie of the cyberpunk sci-fi genre, and second, it is made from author Philip K. Dick's finest work, asking deep, haunting questions about the base concepts of existentialism.

Those of you streaming at home can tell me, you're re-watched Blade Runner in its multiple cuts. When's the last time you sought out Chariots of Fire for a bit of the ol' rodgey-todgey tiddly-winky? This case is now rested. Onward: 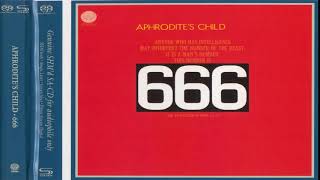 Those are the opening lyrics to the first track on the widely-acclaimed album 666 by Aphrodite's Child.

Whom might Aphrodite's Child be? Why, that was Vangelis, in his very early career, as part of a psychedelic progressive band that ran from 1967-1972. Aphrodite's Child had Vangelis on keyboards and flute, Demis Roussos (bass, acoustic and electric guitar, vocals), Loukas Sideras (drums and vocals), and Silver Koulouris (guitar).

The whole album, in the great tradition of Prog-Rock, is a concept album tackling nothing less than the Bible's New Testament's Book of Revelation, the final book that describes the end of the world and its end times. Yeah. Choke it down, Heavy Metal! 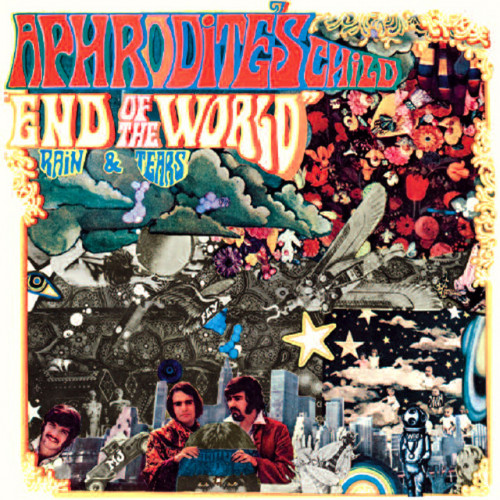 To listen to the 666 album is to see a whole other side to Vangelis, as this work could easily fit beside the likes of King Crimson or early Deep Purple. Not only that, but this was but one of three albums produced by Aphrodite's Child, the other two being (wait for it) The End of the World (1968) and It's Five O'Clock (1969) (- can you sense the pattern here?). These were all in Greece, mind you, years before America would learn Vangelis' name. They had some chart success on the international front, and their single "Rain and Tears" is a sweet sample of baroque pop. Can't you just smell the patchouli? 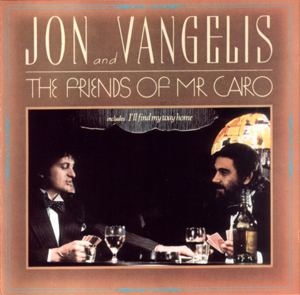 "The Friends of Mr. Cairo"

Next, get a load of this: The exact same year that Chariots of Fire was released, Vangelis was also part of a Prog-Rock duo formed of himself and Yes's Jon Anderson. They were Jon and Vengelis, and they released multiple singles and four studio albums all the way from 1981 to 1991. They had spotty charting success here and there internationally, once again anywhere but the US. This same year saw one of their first singles, "The Friends of Mr. Cairo," hit #1 on the Canadian singles' chart and become their only certified gold single.

None of the above will quite prepare you for the experience of this song, which happens to be a tribute to Mickey Spillane hard-boiled movie mysteries and includes sound clips from Jimmy Stewart movies, all set to music as up-to-the-second as anything Michael Jackson would be producing about then. Jon and Vangelis were a supergroup in everything but name. 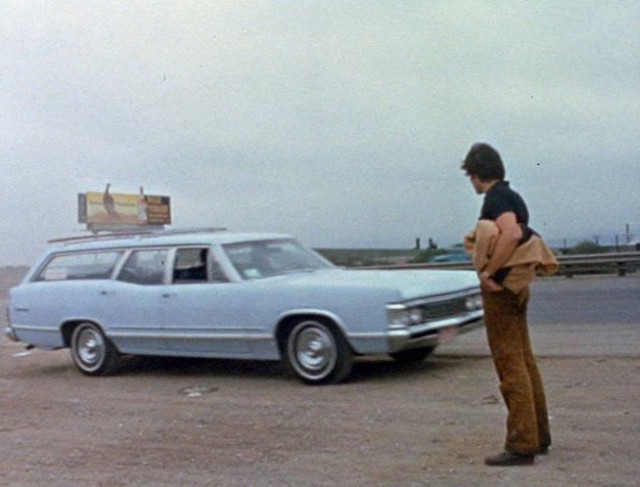 I should add, in Vangelis' defense, that he seemed to pull back from major film scores because he was mindful of not becoming overexposed. He did seem to have enthusiasm for great science projects, however, producing soundtracks for nature documentaries including the esteemed works of Jacques Cousteau, as well as musical accompaniment to NASA projects and those of the European Space Agency, and the memorial of the scientist, Stephen Hawking.

Said Vangelis himself: "Mythology, science and space exploration are subjects that have fascinated me since my early childhood. And they were always connected somehow with the music I write." 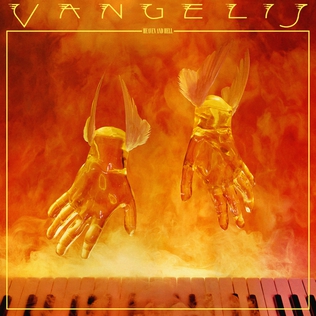 "Now wait a minute, isn't that a Black Sabbath album?" Yes of course, but this is a whole other album named Heaven and Hell that was the solo debut of Vangelis after he moved to London and settled into Nemo Studios, which Vangelis dubbed his "laboratory." A tribute site documents a bit of the history of the now-defunct studio.

Vangelis released Heaven in Hell in 1975, again working with Jon Anderson, and followed that up with a sold-out performance at Royal Albert Hall in 1976.

What else did Vangelis do?

As you can suss out by now, a little bit of everything. Vangelis shunned the spotlight and used his career not to acquire vulgar amounts of fame and fortune, but simply to unleash his creative muse at whatever he found to do next. His career stayed just this way well into the 2000s and 2010s, until his passing in 2022 at age 79.

We can learn a lot from Vangelis. Leave the audience wanting more, and don't let fame stifle your creativity. In his soul, Vangelis was a putterer, amassing a huge collection of synthesizers and music equipment while he playfully collaborated with anybody who happened by and rushed to the nearest space center or nature documentary crew. He could have had more fame and fortune, but some people only hear the music of the universe and want to answer it back.