The Fascinating History of "Louie Louie" 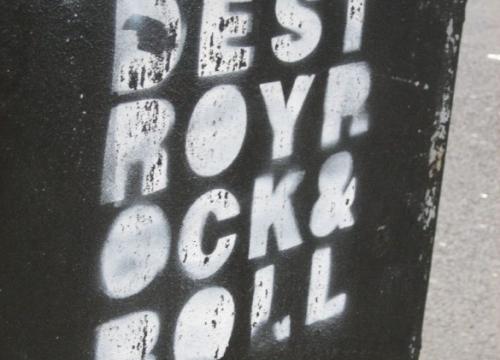 Some songs have such a fascinating history, they can take up a whole blog post all by themselves. In the case of "Louie Louie," there's an actual whole book! It's called Louie Louie: The History and Mythology of the World's Most Famous Rock 'n Roll Song, by music scholar Dave Marsh. Word around the campfire is there's also supposed to be a filmed documentary in the works titled The Meaning of Louie, to be directed by Eric Predoehl. There's also a whole website devoted to this song: http://louielouie.net/

The song's original author was Richard Berry, who was at the time with a group called The Pharaohs. Berry hailed from Los Angeles, California, and was a doo-wop artist who joined and left groups in a most promiscuous fashion. He was of the Brill Building era of the 1950s, and in fact worked with legendary songwriters Leiber and Stoller and their pet group, The Robins (later The Coasters, or "Yackity Yack" and "Charlie Brown" fame). Berry wrote "Louie Louie" in 1955 and recorded it without much fanfare, then sold the copyright practically for birdseed. Hence, he hardly made any money from one of rock's most famous songs.

To name a few artists who have covered "Louie Louie," there's Paul Revere & the Raiders, The Sonics, Otis Redding, Iggy Pop, Ike & Tina Turner, Frank Zappa, Motorhead, Black Flag, The Beach Boys, The Sandpipers, Led Zeppelin, The Who, Grateful Dead, and Joan Jett and the Blackhearts, just off the top. It also shows up in zany places like the 1988 film The Naked Gun, played by a high school marching band who tramples over Ricardo Montalban at the end.

Oops, let's not forget the cover by The Kingsmen! It's the most frequently played version, at least on oldies' radio, and that's a great injustice because The Kingsmen's is by far the most amateur version. For starters, they mounted the microphone on the ceiling. Next, they did a rehearsal take without even knowing that they were recording, and that's it, their studio-rental time was up. The band was all out of synch with each other, seemingly with each one just going off and doing his own thing at points. The chaos is part of the charm, in a way; garage and punk rock would keep this spirit up for years.

The Kingsmen's record single went nowhere until Boston DJ Arnie Ginsburg gave it a spin, announcing it as "the worst record of the week." And thus, in a way, audiences began to appreciate the song in the same way fans love The Rocky Horror Picture Show, ironically for its campy, amateur charm. That's right, "Louie Louie" was the first hipster song! Even then, The Kingsmen had already split up by the time the single was getting famous.

And we have to mention the FBI investigation. No less than Robert Kennedy, while serving as Attorney General of the United States, received a letter from a parent in a tizzy about the "obscene" lyrics. So the FBI investigated it, and they played it and played it until they had to include that they couldn't understand one word. Urban legends about the "actual" lyrics have been flying around for at least five decades now.

What does it all mean? We think it might have been sent to us by a superior alien civilization from the future, who encoded the Meaning of Life in it somewhere. When we crack the lyrics, they will reveal the secret to Atlantis, Mayan calendars, crop circles, Nostradamus, and why people get addicted to popping bubble wrap. OK, maybe this doesn't sound likely, but really, for one song to have fascinated so many people, there has to be something more than just music going on here, shouldn't there?