The Music of DNA Lounge 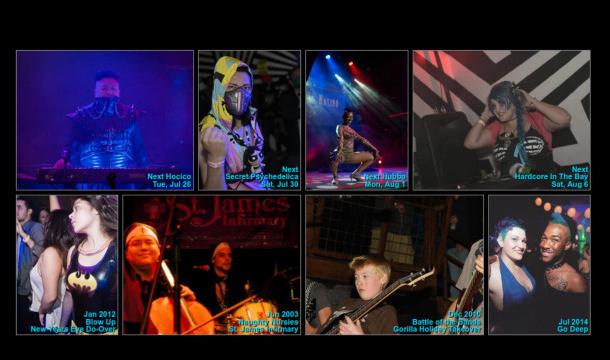 As music culture progresses and evolves, there emerge a number of music venues which achieve legendary status. New York's CBGB club, for example. Or the Fillmore East and Fillmore West. Or the Grand Ol Opry, you name it.

DNA Lounge is rapidly elbowing its way into the ranks of legendary music venues. The nightclub, located in San Francisco, regularly wins local polls from the likes of SF Weekly, The Guardian, and 7x7 Magazine, for "Best Dance Club," in an unbroken record since 2008. This is 'Frisco we're talking about, a major international cultural mecca. The nightclub owner, Jamie Zawinski, just engineers things that well. 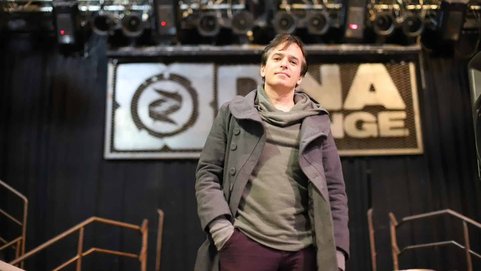 Jamie Zawinski hatched out of a magical cocoon on the campus at Carnegie Mellon University, working on his first programming project at age 16. Like most geeks from Generation X, Zawinski found himself in the perfect position to career-surf the World Wide Web boom, hopping to one hot Silicon Valley garage start-up after another like a hobo hopping trains. This career path landed him at Netscape, the old web browser that later had to sue Microsoft for monopolizing it out of business.

As a kind of escape pod while Mosaic/Netscape was sinking, Zawinski's team launched an open source version, Mozilla (begat Firefox), whose birth is memorialized in a stirring - and extremely computer-geeky - diary located here. Jamie really backs off on this part of his life now, so ignore the fixed warning at the top and scroll down. He's charmingly shy about his early tech career, but the art side led to his present enthusiasm via the - again, super-geeky - saga of Mozilla branding as he tells it.

Zawinski is indeed a big shot among programmers and developers, but his "retirement" project is his main focus today, with one exception: He also keeps a hand in the XScreensaver project, regularly releasing new patches… which then play at his nightclub on big screens. Or he documents a phone hacking project so there's a weird pay phone smack in the middle of the dance floor that plays funny recordings when you push buttons. Or he builds his own clock, or revives an ancient horror of Xerox-Parc-era tech, or whatever dang thing.

So, yes, this guy, incorrigible classic 90s tech whiz, rode out the end of the dot-com boom, washed up on the shores of the 21st century, and said, "Now I want to be a nightclub owner." As one does.

(*) The Hubba-Hubba Review - A stage play dance burlesque show and revue. This show alone is enough to scare every Republican on Earth to death on the spot.

(*) Suffocation + Atheist - One of those growling death metal bands, from Long Island. 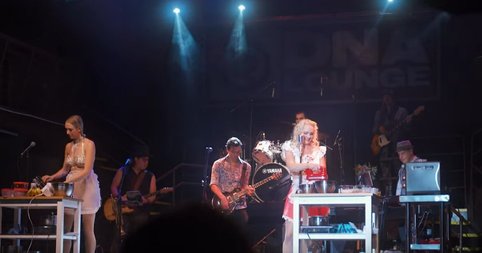 (*) Just Add Heather - Uh, it says here "Live music, variety acts, and baking." Yes, baking, in an oven, onstage. But singing at the same time. Look, it works like this, OK? Never let it be said that you don't discover new vistas in art experimentation here. When's the last time Devo baked you a pie? 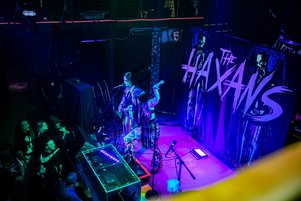 (*) John 5 and the Creatures + The Haxans - Generally the most blow-out goth rock double bill you will ever encounter. The Haxans are a band named after the same movie, which tells you all about their style. John 5 is a shred guitarist whom has shared stage real estate with damn near everybody, Rob Zombie, Marilyn Manson, Lynryd Skynrd, Meatloaf, Motley Crue, David Lee Roth, Alice Cooper, blah blah rock history.

(*) Bryan Black - former sound engineer for Prince, now rebranded Black Asteroid and does a live DJ techno show called "Technolarity." And seriously, this poster gives me a case of the 90s hacker movie squees right there. 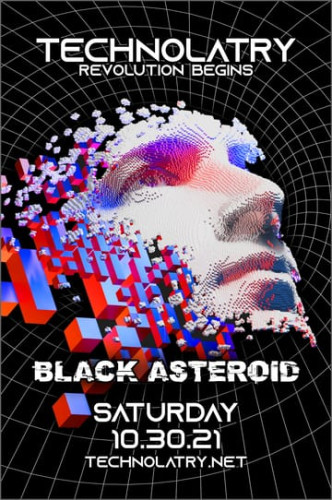 (*) Did we mention Hubba Hubba did a Halloween show called Murder Mansion? 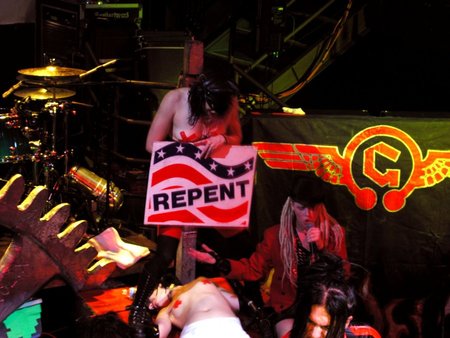 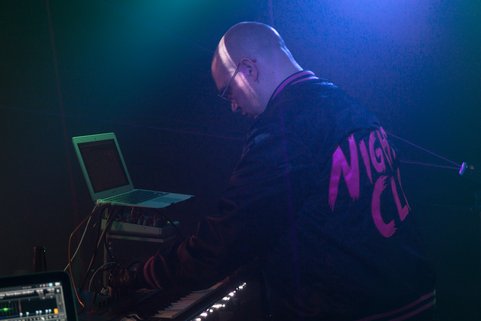 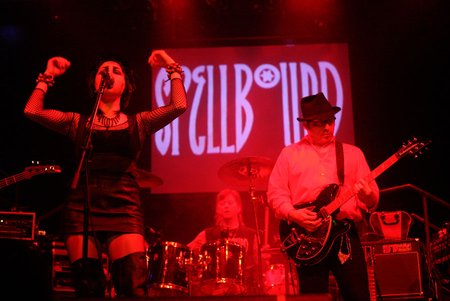 This is what you're missing not living in San Francisco!

Jamie Zawinski, commonly JWZ when he's humble enough to tweet, is a character that defies all description. But in his current capacity as a kind of tech-whiz Willie Wonka of the nightclub venue, the amazing acts that have roosted at his establishment could use several more bloggers just keeping us up to speed with this post-cyberpunk Xanadu.

We'll have to revisit JWZ some more another time. For now, if you wonder where I find some of the oddball artists and acts I occasionally post, this is one of the headwaters of 21st century American music culture. 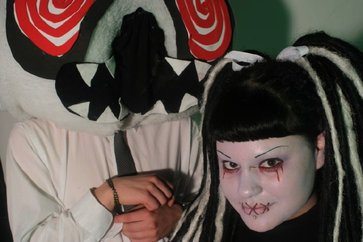