The Parody Targets of Popular Music 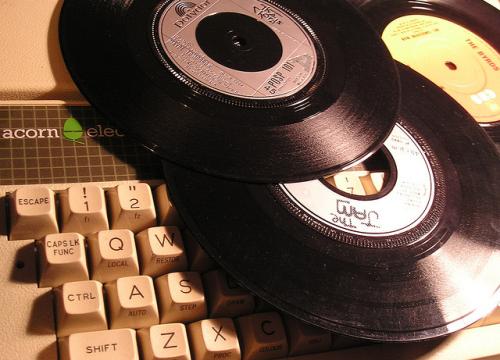 Even before the Internet, there were memes. For instance, 'Kilroy was here', a piece of graffiti that just spread like a pack of "Obey Giant" stickers around WW2. In this context, memes are just jokes that get passed around and around, taking on a life of their own. In some cases, the source is lost in time - quick, who was the first rocker to throw the goat's head? - but mostly the joke just becomes something the originator will never live down.

Anyway, call them cliches or 'snowclones' or what-have-you, here's a whole bunch of frequently-parodied stock jokes of popular music. We hope it will explain some of this nonsense to the younger generations.

The Very Model of a Popular Music Parody - Here's the other whose structure also lends itself to a good Weird-Al'ing. The "Major General's Song" from Pirates of Penzance has outlived the play itself, subject to countless parodies. But Tom Lehrer's The Elements is probably the only one you want to hear. Oh, and it's also the most-often filked song.

We Will Not Let It Go - Another commonly-parodied song is Queen's "Bohemian Rhapsody", just because it's so doggone fun. Has anybody been stuck in traffic when this song came on the radio and not at least mugged along with the "Let me go / We will not let you go" part? Wayne's World did it first, but then came Star Trek Rhapsody, a Muppets version, and if that didn't finish you off, here's Bo-HE-MAN-an Rhapsody, God help us all.

Old Time Risky Business - Whenever a juvenile character in a film gets left home alone without parental supervision, the next thing they do is skate into the frame with socks on a hardwood floor, dress shirt, and no pants, while lip-synching to Bob Seger's "Old Time Rock and Roll". The 1983 film Risky Business did it first.

Cheesy Umlauts - A visual parody, this is the heavy metal cliche of having foreign-language symbols over your vowels to show how hardcore you are. You see, this started with Scandinavia, Germany, and some European bands in general, who really outdid the world when it came to the hard-rock scene. It got to where kids wouldn't buy a heavy metal album unless the band's name had umlauts in it. So bands started gratuitously sprinkling them in like sugar. By the time we get to Motorhead, it was already a cliche. Spinal Tap made the cliche parody official. Weirdly, it still goes on, to the point that genuine Scandinavian and German bands are now sometimes ridiculed for using their own language correctly. While we're on parody cliches in heavy-metal, there's the whole devil-worship thing.

Bigger Than Jesus Crossing Abbey Road in a Yellow Submarine - We had to push the Beatles to the end just so they wouldn't take over the whole article. First, there's the famous album art of Abbey Road, so every popular media from Star Wars to Seinfeld has to do the walking-in-formation in the crosswalk thing. Then there's the various quotes of John Lennon, such as the controversial (and VERY taken out of context, we might add) quote about The Beatles being "bigger than Jesus". As for the music, well, there was a whole band dedicated to parodying them - need we say more?