The Lovable Nonsense of 1994 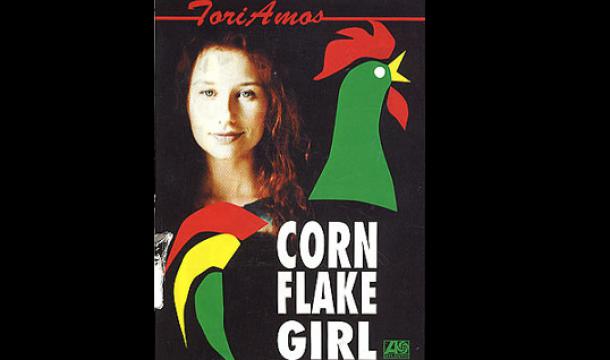 Recently we reminisced about Weezer's Blue Album, which turns 20 years young on May 10th of this year. In my researching of that album, it became apparent that 1994 had a lot to offer in terms of quality musical output. The tunes were solid, and the lyrics were... kind of bizarre. But that was the name of the game in the mid-'90s: quirky and off-beat was comfortably in the mainstream. Here, for your consideration, are some of the best-known songs of 1994, most of which contain lyrics that still don't make any damn sense-- but we love them anyway.

Show me a girl who listened to the radio in 1994 and doesn't know all the words to this sing-along classic, and I'll just stop you there because you can't. They don't exist. Literally every female in America knows the words to this song, and I'm pretty sure we all learned it through osmosis, because suddenly it was just there, in everyone's consciousness, three minutes of mid-'90s alt-pop perfection. (It probably has something to do with it being the lead single from the movie 'Reality Bites', but since I've never seen the movie, I can neither confirm nor deny this.) The song features Loeb's side of a break-up, as she recounts events in breathless prose. So breathless, in fact, that even longtime lovers of the song trip their way over the more verbose passages, often mumbling or approximating whatever they think she's saying. All you have to do, though, is hold on tight until you get to, "And you say... stay...", and you're home free.

Beck's latest release, Morning Phase, has been in heavy rotation in my house, so it was fun to go back and listen to the track that launched him onto the national stage. According to Wikipedia, the song's creation was a spontaneous affair, with the chorus actually coming from Beck's own disappointed reaction to his rapping. The vocals and the raps are all first-takes, and, according to Beck (and Wikipedia again), if he'd known at the time how much of an impact it was going to make, he might've put "something a little more substantial in it." However, it is arguably this lo-fi approach that endeared the song to the self-deprecating slackers of Generation X, and unfortunately lumped Beck in with said slackers. ("Slacker my ass," he has said, rebutting the claims that he belonged to that crowd, going on to detail his near-poverty at the time and how hard he worked to escape it.) Regardless, the song became an anthem for the detached cynicism that was beginning to gain a cultural foothold. The words didn't really mean much, but for the cynics and the slackers, nothing really meant much, so no one really cared.

This was one of 1994's biggest songs, in part because its Beatles-esque guitar sound and psychedelic lyrics made it a Gen-X "Lucy In The Sky With Diamonds", but also in part because of the incredibly creepy music video that accompanied it. Chris Cornell has said that he wrote the song in 15 minutes, and that he wasn't even sure the band would like it. Out of all the songs on this list, this one most exemplifies the fact that words do not have to be coherent in order to be a monster hit. Cornell admits he wasn't trying to communicate any larger idea, so much as he was simply "painting a picture with the lyrics." The picture was post-apocalyptic, surreal and strange, but oddly beautiful, in a way that felt truer than any literal song lyric could hope to feel.

This cryptic tune was an alt-girl favorite. -According to Amos, the "cornflake girls" stood in contrast to the "raisin girls", a breakfast cereal reference that implies that raisin girls are harder to come across than cornflake girls, who are far more plentiful and all exactly the same. Beyond that, the song tells a compelling story of female betrayal, which is hard to glean on first listen. I had to do some sifting to figure out what the pre-chorus ("peal out the watchword") meant; turns out it's from a hymn by Francis R. Havergal, and it means, essentially, to sound the battle cry. But we didn't need to know what the words meant in order to understand it was a rallying call; Ms. Amos's rocking piano groove made that abundantly clear.

It seems fitting to end the list with this track, because John Popper's lyrics demonstrate, in a very meta way, what the other songs simply take for granted: you can sing about anything, or nothing, and as long as there's a good hook, people will listen. Popper's take on it is a little frustrated, perhaps, as he decries the fact that "it doesn't matter what I say". Even with the frustration, though, the song is such a perfect bit of self-reflection that it becomes a good song despite having its emptiness exposed. Combined with the fact that the chord progression is that of Pachelbel's Canon in D, a ubiquitous piece of classical music that you've probably heard at every wedding you've ever attended, the "hook" idea works on multiple levels. Popper even adds a bit about Peter Pan to throw another meaning of "Hook" into the mix. The breakneck speed of the third verse makes it seem at first like more nonsense, but even then Popper is lambasting the "catchy little tunes" and "hip three minute ditties" that are made of nothing. This song is a rare example of turning that nothing into something worth listening to.