You Always Get These Song Titles Wrong 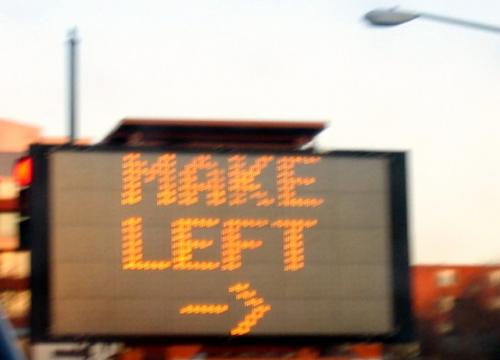 Admit it, you've had the experience of calling in a request to a radio station, or chinning up to the DJ's turntable at the dance, to request a song, only to stutter and fume when you realize that you don't know what the song's called. But you know the chorus, or the line that gets repeated a lot. This happens so much that many DJs have actually learned the "popular" title of the song rather than the correct title. As likely as not, if you find a version of the song online, they'll have one of these incorrect titles on the file or YouTube video.

"The Pina Colada Song" - The correct title is "Escape." Oh, and it's by Rupert Holmes; this song makes him a one-hit wonder. The first chorus of the lyrics have a single's ad with "if you like pina colada..." and end with "write to me and escape." For some reason, the drink stuck in everybody's mind. You should probably restrain yourself from requesting it anyway, because it makes everybody around you want to hit you with something heavy. It's like the guy who screams "Freeeeeeebird!" at every concert.

"The Son of a Bitch Song!" - It's actually "Hair of the Dog" by Nazareth. This one isn't even close to fair. Neither hair, dogs, nor hangover cures appear anywhere in the lyrics. Here's the deal-e-o: Nazareth wanted to name the song "Son of a Bitch" but their label wouldn't allow it. Now, a word for a female dog is 'bitch' and when you have a son in legal terms, that's your heir. 'Heir' sounds like 'hair,' so the son of a bitch could also be called... Oooooooh!

"Despite All My Rage I Am Still Just A Rat In A Cage!" - The hooky earworm phrase that gets repeated over and over has nothing to do with the title, which is "Bullet with Butterfly Wings" by Smashing Pumpkins. Sometimes people also call this one "the World is a Vampire" after the first line.

"Sugar Pie Honey Bun" - It's real title is "I Can't Help Myself" by The Four Tops. Really, they repeat this title in the chorus just as many times as the sugar-pie-honey-bun part.

"Take Me To the Place I Love" or "City of Angels" may be what the Red Hot Chili Peppers are singing about, but the song is called "Under the Bridge."

"Rolling on the River" - That's "Proud Mary." The title is actually the name of the boat that's rolling on the river, you see. There was once an episode of the TV game show Jeopardy where all three contestants got the title wrong.

Billy Joel's "In the Middle of the Night" is correctly called "River of Dreams."

Sir Mix-A-Lot's "Big Butt Song" is better requested as "Baby Got Back." As a public service announcement, we'd like to add that white people playing this at their wedding are not showing how daring or hip they are. It is just plain white and dorky and waspy. You should be embarrassed if you're white and even know the words to this one.

Speaking of embarrassing things, "Numa Numa" is "Dragostea Din Tei." Many people laugh at the video of the kid desk-dancing to it, oblivious to the fact that at least this New Jersey kid is intelligent and cultured enough to know how to find and play a Moldovan (not Romanian) song like this, while the online audience can only manage to refer to his music choices in baby-talk. You want some numa-numa in your ba-ba?

"The Lunatic Song" - That's "Brain Damage" from Pink Floyd's Dark Side of the Moon.

"Take a Look at My Girlfriend" or sometimes even "The Girlfriend Song" by Supertramp is actually "Breakfast in America," which doesn't appear anywhere in the lyrics anyway.

Oh, and David Bowie never did a song called "Major Tom." Yes, he did do a song called "Space Oddity" that repeats 'Major Tom' and his dialogue with ground control, all the while never actually mentioning the words 'space' (not counting the word 'spaceship') or 'oddity.' In case you're wondering, the title is a pun on the Stanley Kubrick film 2001: A Space Odyssey. That's just how David Bowie thinks.