Five More Actors With A Hit Single And No Singing Career 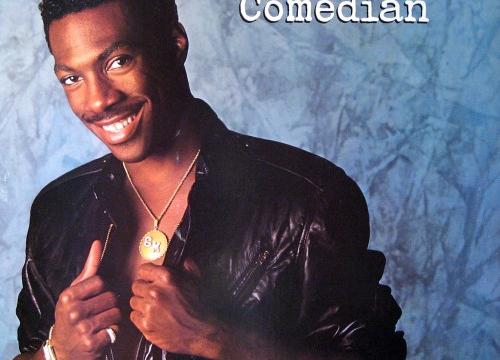 Continued from our first five, these are the other actors that meet our criteria: (1) Major lead actors, (2) Not at all known for singing, (3) But nevertheless with a hit single on a major chart. Whether that was justified or not, we'll leave for you to decide... no actually, we'll tell you what to think just like the bombastic, over-bearing, opinionated little blog-shrews we are. Because it's more fun that way.

"Please, Lord no!" we said when we were researching this list, "Don't let him be in the Top-40!", we prayed as we fanned through the Billboard book, "Oh no!" There he is... twice! Once for "Heartbeat" at #5 in 1986 and once again in 1988 for "Til I Loved You" at #25. We're going to have to take him seriously. OK, so "Heartbeat" is actually decent singing with an unbelievably cheesy video to go with it, and "Til I Loved You" is almost more Barbara Streisand's show than Don's. That's all you're getting, Crockett. We'll pretend this never happened.

Eddie Murphy? Well, sure, he's a funny guy, how bad could it be? As bad as "Party All The Time". Murphy would have been better off sticking to something, say, more in his range? Also, a wild Rick James appears - you'll remember him as the one with the "very kinky giiiiiiIRL!" in "Super Freak". And just when you thought it couldn't get any sleazier, Murphy rides again in 1989 charting at #27 with... "Put Your Mouth On Me" which is about... ugh, just forget it. Forget this ever happened. Let's move along.

Now, Richard Chamberlain hardly even belongs on this list - he's head and shoulders above other singing actors, to the point of being a true multi-talent. He charted rabidly in both the US and UK, for "Theme From Dr. Kildare (Three Stars Will Shine Tonight)" (UK #12, US #10), "Love Me Tender" (Elvis cover, US #21), "All I Have To Do Is Dream" (Everly Brothers cover, US #14), and many others. It's just that his substantial acting career overshadows his four albums, just enough that people are surprised to discover that he could also sing. A welcome respite from the rest of this list.

This is hurting us as much as it does you, honest. John Travolta is not today celebrated at all for his singing, while his acting career is on its fourth comeback or so. But he was in music-related films, between Saturday Night Fever and Grease. So fans really, really wanted him to sing too, and they got what they asked for. So Vinnie Barbarino (aka Vincent Vega) had "Let Her In" (1976, #10), "Whenever I'm Away From You" (1976, #38), "All Strung Out On You" (1977, #34), and then Grease hit and he and Olivia Newton-John had "You're The One That I Want" (1978 #1!), and "Summer Nights" (1978, #5). Get this, even the re-mix, "The Grease Megamix" (which sounds like pork-flavored Chex cereal or something) hit #25 in 1996, when you think people would have had more sense by then. And then the Thetan aliens came and took him away, and the children ran out waving at the flying saucers saying "Thank you, aliens!"

Here we find the other end of the scale and the long end of our painful journey, with a mercifully not-to-bad "Delicious". Backus, for you young 'uns, was Thurston Howell III on Gilligan's Island, the cartoon voice of Mr. Magoo, and a positive ton of other film and TV credits. "Delicious" scored #40 on the Hot-100 in 1958. It's not-so-bad because Backus, not singing, along with an anonymous lady-friend, also not singing, have a perfectly ordinary conversation over a fancy dinner with elegant piano in the background. We won't spoil anything else for you, but we'll hint that it was a Dr. Demento favorite enough to appear on the Dr. Demento 20th Anniversary Collection.