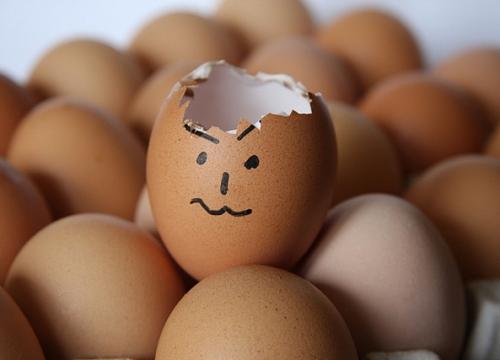 It must be frustrating being a creative artist sometimes. You pour your heart, soul, sweat, and toil into a work, and the people take it and toss it around like a Frisbee. Great works of film, literature, and art get misinterpreted all the time, so it's no surprise that people miss the point of some songs. Here are six of the most glaring examples (and yes, it's a very tough call!):

#1. "Every Breath You Take" by The Police

What it's not: A love song.

It's actually a song by a sinister, controlling stalker. In a 1993 interview published on Sting's own website, he reveals that the lyrics are meant to invoke the smothering control of Big Brother (the evil government in George Orwell's dystopian novel 1984), rather than the benevolent gaze of a tender-hearted lover. It was written while Sting was going through the pangs of his divorce from Frances Tomelty. So, how ironic is it that people today pick it to play at their wedding?

What it's not: Celebrating materialism.

You'd think a song which basically launched a career for one of the world's most popular female vocalists - so indelibly that the title is still used today as her nickname - would be more embraced by its artist. But Madonna was actually making fun of the shallow young gold-diggers of the world. In a 2009 interview for Rolling Stone, Madonna says of this song and "Like A Virgin," "...they were ironic and provocative at the same time but also unlike me. I am not a materialistic person, and I certainly wasn't a virgin..." Cue the indignant cries of a thousand mall rats.

What it's not: Advocating suicide.

Despite the tragic suicides of two teens and the misguided lawsuits brought by their parents, "Suicide Solution" does not tell you to commit suicide. It's a song about the evils of alcoholism. This is plainly evident from the opening line: "Wine is fine but whiskey's quicker; suicide is slow with liquor." It was both a tribute to AC/DC's lead singer Bon Scott, who died of alcoholism, and Ozbourne's own troubles with alcohol addiction as well. Remember that Ozzy got himself fired from Black Sabbath for problems related to substance abuse. Another song in a similar vein by Ozzy is "Demon Alcohol" from the album No Rest for the Wicked. But the real question is, does Ozzy know what wine goes with bat? (Doh! We were trying not to say it!)

What it's not: A "patriotic" song good for a campaign.

To not pull any punches, this song is a protest song about how the United States has mistreated the veterans of the Vietnam War. It is a lament for the working-class heroes who serve their country and do not get their fair share, and the chorus is in fact a shout of despair! This wouldn't have been so misunderstood of it weren't for the 1984 US presidential campaign, when Ronald Reagan famously touted the song as having a "message of hope" and invoking "a thousand dreams inside your hearts." The Republican Right has just about made a career of trying to adopt songs by artists who hate them, come to that - another example is John Cougar Mellencamp's "Pink Houses."

What it's not: A call-to-action for hedonism.

Point-blank, if you're a "party animal" who thinks your right to party is something to fight for, this song is actually about what a fool you are! Beastie front-man Mike D told Blender magazine: "There were tons of guys singing along to 'Fight for Your Right' who were oblivious to the fact it was a total goof on them." In fact, the song points out that young people tend to rally around party-oriented causes such as marijuana legalization, long hair, and crankin' the boombox, while ignoring important social issues such as civil rights and health care. So it turns out that the Anonymous/Tea Party of today is not so different from the '60s Yippie movement. Subcultures embracing musicians who make songs mocking them goes way back - even farther back than Frank Zappa's We're Only in It For the Money (hint: Zappa hated, HATED hippies, and never did drugs).

#6. "Have Yourself a Merry Little Christmas" - Judy Garland

What it's not: A merry Christmas song.

Look out! Here comes a curve ball! We were extra-sneaky with this one; the song as we know it today has been changed to be a syrupy Christmas carol. But the original song was written in 1944, with World War II at its peak and US troops overseas. The lyrics, written for the stage play Meet Me in St. Louis, run to "Have yourself a merry little Christmas; it may be your last. Next year we may all be living in the past." and "No good times like the olden days, happy golden days of yore. Faithful friends who were dear to us, will be near to us no more." In 1957, Frank Sinatra adopted the song but asked them to rewrite it with happier lines. That gives us the version we have today.