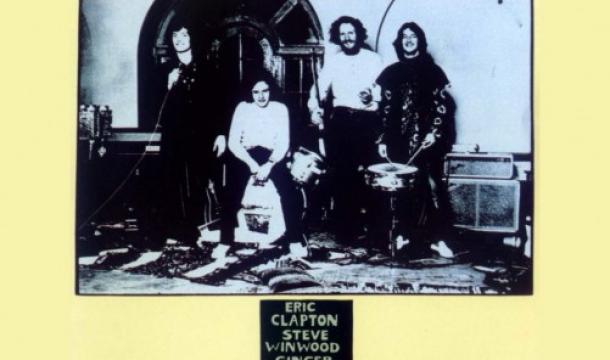 It's far less ignominious than having a one-hit wonder. One-hit wonders typically have an album of filler around the one hit, and then that's all she wrote. One-album wonders, however, are bands which kick out a debut album chock-full of smash hit singles, everybody raves about them, fans run out and buy T-shirts, record studios chase them down the street with seven-figure contracts, and then their second album comes out... and it's a dud. And so's the third, and the fourth, and the fifth. They give up in frustration. Apparently they spent all their muses on that first album and saved none of the good stuff for a whole career.

Whew! That's the set-up, now what are some examples?

While their chart numbers were never much to brag about, the first album did eventually sell certified platinum and they became one of the hallmarks of alternative music. They had a Cinderella story too: A record studio A&R man discovered the group busking on the mean streets of Milwaukee, Wisconsin and signed them on the spot. That debut album was comprised of all the songs the group had refined for years playing on street corners - a process of perfecting an authentic garage-rock sound that's irresistibly catchy. It was a process they simply couldn't match with their subsequent albums.

Ha ha! Technicality: The Sex Pistols broke up after that one album. There is no doubt that had they gone on, their subsequent output would have equaled their first. Still, ready your torches and pitchforks: I think the Sex Pistols were overrated. Yes, I will schedule my lynching now.

In the words of music critic Jeff Tamarkin:

"The Grape's saga is one of squandered potential, absurdly misguided decisions, bad luck, blunders and excruciating heartbreak, all set to the tune of some of the greatest rock and roll ever to emerge from San Francisco. Moby Grape could have had it all, but they ended up with nothing, and less."

Their self-titled debut got ranked among the greatest albums of all time by just about every critic that mattered at the time. Starting with their second album, weaker output plus the predictable crash from the lead man getting into LSD (shades of Syd Barrett) led to the downfall of the group.

We've already sung Coven's praises before, as the truly deserving heads to the crown of "first heavy metal band." Coven just had the Hunter S. Thompson disease: "Too weird to live, too rare to die." They were light-years ahead of their time, when their Satanic shenanigans were scandalous enough to make a media backlash from the likes of Esquire. By the way, here's what is allegedly Jinx Dawson's own Facebook account.

We'll have to concede a half-point here: Black Crowes were more of a one-and-a-half-album wonder. There was Shake Your Money Maker, of course:

Which sold 5x platinum and still gets tons of airplay to this day. Then The Southern Harmony and Musical Companion did almost as good: still 2x platinum, and still loved by many fans. But after that, the once-seminal Southern-blues-revival band had simply run out of steam. You can trace a roller-coaster plunge on the chart of their hit rate after that, even though their albums still sell well to a devoted cult of fans to this day. Maybe it's more like their genre went back out of style.

Supergroups are hardly fair game on this list; they're elementally unstable. When you get four or so top talents from several bands, they can make more money and have greater artistic freedom individually on their own than they can in one group. But these "just for kicks" collaborations produce some albums that truly blow the dust out of your speakers, and we leave you with Blind faith, their self-titled sole album with the legendarily controversial cover:

We'll have to hit up a list of supergroups sometime. Remind us...