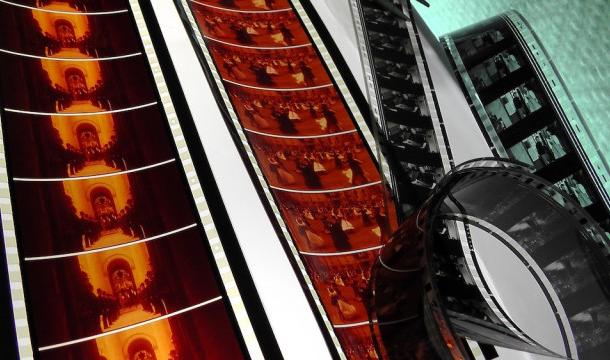 We've sat through a hundred and one zombie flicks where the consumption of human hamburger is played for the horror aspect. Yeah, but what about when a sentient, sympathetic character is a humanitarian (in a not-vegetarian way), and it's played purely for laughs? These are rare examples, as you have to be pretty committed to dark humor if you want to pull this off.

So, before you treat us like the cannibal who was late to dinner and give us the cold shoulder, here's the short list we could scare up of movies about people who are finger-licking good:

This makes the top of the list, and it's well-deserved! A 1982 black comedy that works as both sex comedy and black comedy, as well as scathing social commentary. Paul and Mary are two of the most self-absorbed yuppies you ever met, and they dream of opening a restaurant. Solution: Reap willing morons from the "swinger" community, then brain them with a skillet, serve them sauteed, and use their money for funds. Yes, years before the Craigslist killer, this movie plot was about luring victims to their death by placing ads in swinger magazines. It is the last word in tasteless, offensive, gratuitous farce and we love every sick little second of it.

Not that you can even tell from the innocently sweet trailer, but yes, there's cannibalism involved in this heady 1991 French arthouse film. It's the post-apocalypse, of course, which means everybody's getting by however they can, be it as patrons or on the menu. And while we're at it, cannibalism is just the appetizer: this movie also plunders subjects such as suicide, attempted rape, and plain old sex for laughs. Being a foreign and very arty film with only subtitles available, it takes some patience for some of you to sit through.

The Cook, the Thief, his Wife, and her Lover

Only classifies as a comedy, black or otherwise, in the sense of how over-the-top it is. This 1989 British arthouse number is as unique as it gets, best described as being what you would get if you had a Shakespearian-like tale told by Stanley Kubrick after a night out drinking with David Cronenberg. Albert and Georgina, husband and wife, run a posh restaurant that's perpetually packed despite how Albert runs the place like a little Caligula, abusing the guests in sadistic ways. Georgina takes a fancy to a patron and begins a risky affair literally under her husband's nose. Don't worry, he'll find out about it and get his gruesome revenge. Oh, and rest assured, she'll get even worse revenge! Sick and disturbing, yet uncompromisingly high-class.

Only makes it onto this list for the "Meatloaf again?" dinner scene. Said meatloaf, played by Meatloaf, makes his entrance in this clip. We told you this list would be hard to compile!

Once again, not played strictly for laughs, but does have some of Tim Burton's characteristic Goth-pandering gallows humor. "We serve anybody!" But this splashy stage musical translated to glossy, Baroque film plays just fine as a musical and drama, of a barber who's out for revenge against a corrupt government, and a friendly neighborhood pie-baker who helps him figure out what to do with all the excess meat.

No, it's not considered a comedy, but we're including it because when you think about it, it is. It's so over-the-top and cute and winking at the audience (literally in the final scene with that zany Dr. Lecter!) that it falls on the cringe-comedy spectrum. The Silence of the Lambs franchise had been milked beyond dry by this time, without a speck of remorse, and this movie knows who the real star of the series is. He leaps out of the shadows to slash a stalker, then flicks some blood off his nose and smirks - my God, was he actually sparkling for a second there? So hammy, even William Shatner is in the back yelling "Tone it down, man, it's not all about YOU!"

By the way, did you hear about the two cannibals having dinner and the one said, "I hate my mother-in-law." so the other said, "Then just have the salad."?