Catchy Songs About the Devil 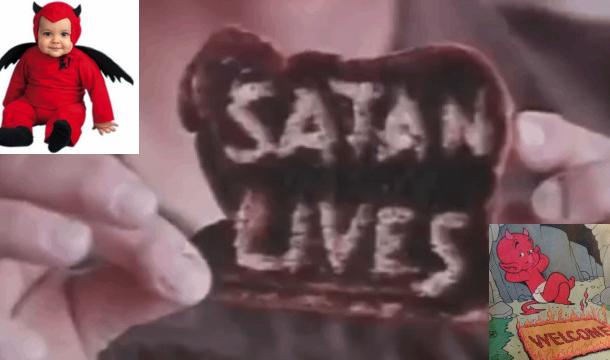 Given that religious belief is falling like a rock among younger generations, we get a surprising amount of religious figures still permeating our culture. Just consider the awesome influence of Judeo-Christian beliefs and figures on American music culture. Rock 'n' Roll is based on Blues which started out half-Gospel, for one thing. Then we get the full canon of spiritual beings, from Merilee Rush's "Angel of the Morning" to Melissa Etheridge's "I'm the Only One" which repeats this bit about hiding from demons all over the chorus. That gets annoying, doesn't it?

Then we have the Devil and Satanism all over whole genres of music like Heavy Metal. But we're not here to throb with awe in the temple of Baphomet under a shredded guitar solo this time. No, we're here to treat the Devil in more of an Old Testament sense, as an equal with whom we have to grapple on our own terms. While we can't qualify this list as all-toe-tappers, these are all songs about the Devil in non-metal genres, singing about the Devil in decidedly un-Devilish ways.

Grateful Dead - Friend of The Devil

You can't ask for a more non-threatening song about the Devil than this Grateful Dead strummer! Simple and folksy, "Friend of the Devil" is that rare Grateful Dead hit that escapes Grateful Dead's cult fandom to be known around the general public. This song, off their mostly-acoustic album American Beauty, has since been extensively covered by Bob Dylan, Elvis Costello, and the Dave Mathews' Band. The song's actually about a man in trouble on the lam, but you get the feeling the Devil got him into that jam in the first place.

Charlie Daniels - The Devil Went Down to Georgia

This song is so over-played and over-discussed that we're surprised there isn't a fandom Wiki devoted to it. Not much point re-hashing it here, it is by far the most famous song on this list. This bluegrass classic by the Charlie Daniels Band features a fiddle contest between a fiddle player and Old Scratch, without much context. Why does the Devil go around starting music showdowns? Where did he get a golden fiddle? Does he just carry one around, just in case?

It's been covered and parodied all over pop culture, but here's an alternative version fitting for our modern times when cannabis is becoming legal across the US (and Snoop Dogg can openly blaze a jay before going on stage at the Superbowl half-timer). "The Devil Went Down to Jamaica!"

We already dropped this song in passing on our Gothic Americana post, but Poor Man's Poison is just that good. This song is actually about overcoming substance abuse. The first verse is alcohol, the second blow, and the third resolves to tell the Devil "no." A relaxed, acoustic-heavy piece, it fits in great with Poor Man's Poison's Southern Gothic sound.

The Rolling Stones - Sympathy For The Devil

Another over-played radio hit, but this is after all The Rolling Stones. You have to give it credit for that original structure, with a bongo beat that dredges up voodoo overtones, accompanied by the relentless chorus of hoot-owls. The "hope you guessed my name" goes back to the most ancient superstitions about mischievous imps, whom play riddling games and fear their true name being discovered lest the wielder of that title gains power over them.

Elvis Presley - (You're The) Devil In Disguise

The catchiest Devil songs tend to take a playful attitude, especially if we're talking about a female devil. This classic Elvis hit barely needs an introduction here. Written by the longtime songwriting band of Bill Giant, Bernie Baum and Florence Kaye, the song features a nice shift from a gentle doo-wop tempo to a hard rock beat. Just right for a singer who practically birthed the transition in US pop music styles.

Mitch Ryder & The Detroit Wheels - Devil With a Blue Dress

Yet another rocker favorite, this party-pleaser by Mitch Ryder continues the these of equating a desirable woman with sin. What's with these guys? There's not a lot of characterization for the devil here. There is a blue dress; it is worn. A rollicking time is presumably had by all.

Much more fun is this Los Lobos Spanish cover (hint: "Mestizo" means "dress"), which is a great singalong if you were learning Spanish anyway. It was featured on the Eating Raoul soundtrack.

Are Devil Songs On the Way Out?

With the obvious exception of metal genres and songs that are explicitly about Satanism, we don't see many mainstream rck hits with bold use of the Devil as a major character. He gets plenty of asides and references, but no longer hogs the limelight. It could be a sign that we've passed the point where we need to reference so much morality and spiritual figures in our music, in favor of a more humanistic view of our ethical dilemmas.

But you have to give the Devil his due: He makes some cool rock songs!