RIP Ken Russel, Director of The Who's "Tommy" 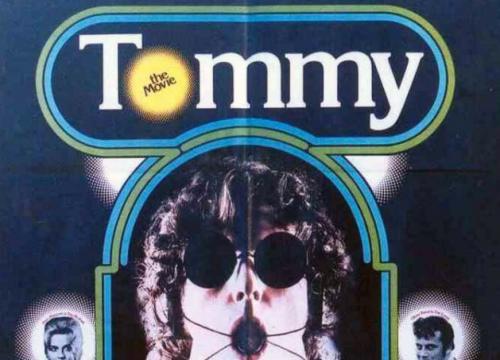 It's rare that we comment on the passing of film directors here. But when it's the director of one of the most famous and successful rock 'n' roll films ever, we have to take pause. Here is the straight story on Ken Russel's passing, and a thumbnail biography. But don't stop there; if you don't know more about Russell than Tommy, you're missing out on a fascinating character.

Russel was a controversial film-maker in the exact same way that Kenneth Anger, Pier Paolo Pasolini, John Waters, and Luis Bunuel are considered controversial film-makers. But in Russel's case, he had just a little less compromise for his visions, and far less concern for what the Jones' think. While you wouldn't want to defend the claim that he was a Hitchcock or a Fellini, or even a Lynch, he had some definite vigor, however crude it was.

Let's clue you readers in, if you don't know why everybody's so shy about Russel. MovieLine.com chooses to remember Ken Russel by one of his more notorious films, The Devils. Just check out that utterly unhinged work and then come back to join us, OK? He made a lot of films that got moral guardian's feathers ruffled, and a couple of his works were outright banned.

*Whew* Let's try explaining it this way: Even Harlan Ellison was lost for words when trying to talk about him. Ellison, an author known mostly for his science fiction and fantasy, also had a film column running in California newspapers, compiled into a volume known as Harlan's Ellison's Watching, which you should fly immediately to go purchase if you care at all about film. But to the point, Ellison himself is also an extremely controversial author and public figure for that matter...

What did he have to say about Russell? In his review for Russel's 1986 film Gothic, he starts out "Where do I begin..." and then cautiously sorts him into his category of the greatest directors, "despite his lunacy and colossal pratfalls, his mind-boggling gaffes and infantile obsessions." Ellison then backs up to say, "It is important, if you are to understand why I perceive Russell as a Great Director, that specifics be tendered. For all of his shenanigans and belly-whoppers, Ken Russel uses film to look at things we not only don't care to see, but to look at things we don't even imagine exist!" Ellison gibbers along this way for a few more pages.

The point is, if you're at all familiar with Ellison's work, you know that he's a tough pill to swallow on his own. If you're familiar with his film criticism, you know that he metes out judgment with an iron sledgehammer. It's either gem-encrusted ambrosia fit for the highest gods, or it's sewage that should be burned and the ashes fed to rats. Everywhere except one director: Russell. Ellison met Russell and Ellison got shook up. That's like Nosferatu scaring Dracula.

Getting back to Tommy, is it any wonder that a film where murder, a church that worships Marilyn Monroe, and a hooker who deals LSD are all part of the story, that they decided only Ken Russell could harness this kind of madness? Because bands come and go pitching a tent in the mad world of rock operas, a genre that's very hard to do and have it come off right. People like Russell build their castle in the mountains of madness, and speak the local tongue. Because that's what you have to do for your art.

Related: The Who Song Meanings