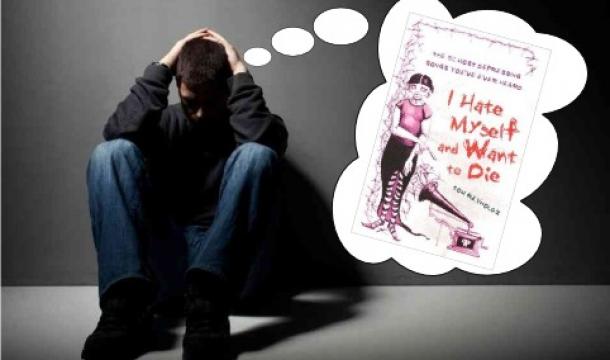 Long about the 1980s or so in the United States, Baby Boomers began settling down and having kids. They subsequently noticed that, unlike everything else they'd ever encountered up until that point, raising kids was a lot of work. Kids had restless minds always prowling for stimulation, which put a real kink in the parents' plans to stay glued to the couch with a bong forever. So they hatched the ingenious plan of giving the kids some of their own dope to keep them mellow, except that that was illegal. The next best thing was to make up a pill as close to dope as possible, but which could be prescribed to treat a "disease" they could make up. Thus was born "ADHD" (also known as "childhood" outside the US), and the dope they could use to shut up... ah... they mean treat their kids' symptoms.

Years later, it turned out that Ritalin causes depression, and not only that, but the brain damage is permanent. By then it was too late; a whole generation of kids had grown up with their happy/sad switch permanently stuck on 'sad', and so began the wave of depressing music. The thing is, the depressed generation made everything have to be dark and gloomy in order to be fun. Remember campy, fun, comic-book Batman? Contrast with modern, dark, gloomy Dark Knight Batman. Look at the rise in emocore and Goth culture. Case closed.

That's the conventional wisdom, anyway. The rise of popularity in depression-pop got one author intrigued enough to dedicate a whole book to analyzing sad songs, and that's how I met your mother and Tom Reynolds' book I Hate Myself and Want to Die: The 52 most depressing songs you've ever heard.

But don't dare despair, because Reynolds' does a hilarious job of giving these blubbery ballads the smackdown they so richly deserve. Chapters are titled things like "Horrifying remakes of already depressing songs," and "I'm telling a story nobody wants to hear."

"But what really sends me to aisle nine to shop for razor blades is the song's disturbing air of Songwriting 101. The melody is so basic it sounds like it was assembled from an instruction book ('insert note C into line A...'). And how else to explain the soppy lines about drowning reeds, aching needs, and souls that bleed other than they all rhyme with 'seed', the same seed that's buried under the snow. (I'm not sure what 13-year-old girl's diary the songwriter plagiarized these lyrics from, but I hope she at least got a royalty cheque out of it.)"

"'Brick' is one of those depressing tunes in which nothing of any real interest happens (this is wrong). Repeated listenings to the lyrics yield the same results every time; a guy picks up his girlfriend one morning, bitches, takes her someplace, bitches, waits for her, bitches some more, then brings her back home, still bitching. That's pretty much it (this is true). We never really know what's transpired in between (this is wrong) yet the song's paralyzing gloom still sends us into a dysthymic spiral (very true)."

As you might guess by right about now, this book, together with titles like Dave Barry's Book of Bad Songs, is one intended to be cathartic ranting for those who are passionate about hating "bad" (by whatever subjective metric) music. It may not enrich your life or answer a lot of questions, but it will definitely peg why a certain song has always rubbed you the wrong way. "That's it!", you'll find yourself exclaiming, "THAT'S why I always leave the room when Bonnie Tyler starts up 'Total Eclipse of the Heart'. Thank you!"

See how validated you'll be? See how well you'll be able to put down your girlfriend's playlist now with this book on hand? And seriously, when you met the girl and she had safety pins struck through her face, what did you expect?