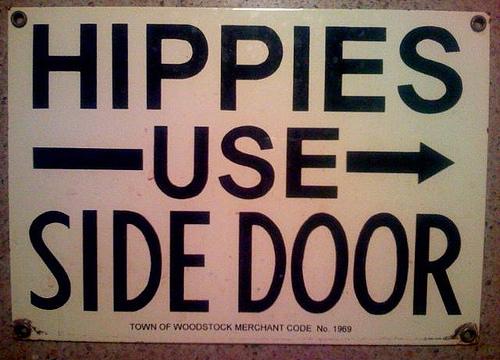 Once upon a time, our parents all got together in fields and in forest clearings to listen to long-haired hippies twang away on acoustic guitars, and they swayed in the moonlight with their rhythms. There’s a possibility that if you’re descended from the fair mountain folk of the Appalachians, then you’re super-into bluegrass these days like your folks were.

Bluegrass, like traditional folk music, is still alive and kicking. Folk music, just like the other genres of sound which helped to spawn it, has had the ultimate effect of spawning a variety of bastard children of its own. Some of them are just as folksy as their predecessors, some have resolved in involve electric guitars and guttural roars, and others yet have opted to revolve around heavy drug use and the embracement of a gutter punk mentality.

Because the world of music genres is every bit as confusing as the words which they hum, sing or scream, we thought that we would take a look at a variety of different forms of folk music. You know - so you can make sure that you can listen to great ethnic music while making sure to never admit to liking your dad’s favorite band.

Arguably the most popular twisting of the folk genre of old has been heralded by a variety of indie music folk rock bands. Due to the nebulous nature of both the genre and many of the bands found within it, it may not necessarily be fair to categorize many bands as being exclusively “indie folk rock.”

Just the same, there are a number of elements that most indie folk rock bands tend to gravitate to. Perhaps chief among these is their tendency to employ the use of non-traditional rock instruments. That is to say, an embracing of traditional, folksy instruments.

Great examples of this branching of traditional folk include bands like Beirut (video), the Fleet Foxes (video), and the Decemberists (video). Often, instruments such as the mandolin, violin, piano and banjo are all used quite heavily.

It should also be noted that indie folk rock is also distinguished from other contemporary music in that it’s lyrics often revolve around storytelling rather than the crooning of mushy, gross feelings.

The genre of anti-folk, sometimes called punk folk, is perhaps a bit lesser-known than other types of contemporary music, and the artists of the genre seem to enjoy their status of obscurity. While there are far fewer unifying characteristics to anti-folk than with even indie folk rock, anti-folk bands often revolve around an almost gutter-punk ethos.

Arguably, one of the defining characteristics of the original folk movement in the UK and in the US was the eloquence of both the songwriting and the lyrical content. Often expressing anger at the Vietnam War or espousing the virtues of love and nature and puppies and rabbit and a variety of other soft things, anti-folk turns this notion on it’s head: the music tends to be as simplistic as early punk rock, and lyrically, well ..

Why don’t we just provide a quote from the Andrew Jackson Jihad song, “I Love You” (video):

If that isn’t about as antagonistic to the original ideals espoused in folk music, then, well, I’ll eat my hat.

And that’s a promise.

Like just about anybody else, one of the most frequent questions I get asked upon meeting somebody is what kind of music I listen to. My response, while not quite canned, is usually something like this:

“Oh, you know, I like gangsta rap, hip hop, and folk metal.”

Despite appearing ridiculously suburban and a little bit like a young college professor, it isn’t gangsta rap or hip hop that illicits the strongest reactions: it’s folk metal. “What .. What is folk metal?”

Folk metal is, predictably, a subgenre of heavy metal. Originating with Skyclad’s “The Wayward Sons of Mother Earth,” folk metal is at times both more lame than either power metal and even more hardcore than grindcore.

Alright, so that isn’t quite true.

Just the same, folk metal is a genre closely related to various other forms of Scandinavian metal. Similar to indie folk music, folk metal is not necessarily defined by either instrumentation or lyrical themes. However, all folk metal bands adhere to at least one of these.

Some bands, like Finntroll, embrace both folk musical styles (in their case, humppa and lyrical styles. Much of their music revolves around the legend of the fictional Troll-King “Rivfader” and his battles to ward Christians off of traditionally pagan lands. Despite being from Finnland and being named Finntroll, their lyrics are almost exclusively in Swedish - apparently because Swedish sounds more “trollish.”

So! Folk music, despite what you may have heard, is by no means dead. Perhaps even better, it isn’t relegated to Irish folk a cappella outfits, or boyfriend/girlfriend singer/songwriter duos - meaning you can both listen to folk music and piss off your parents at the same time.