The Bizarre Story Of The Film Heavy Metal 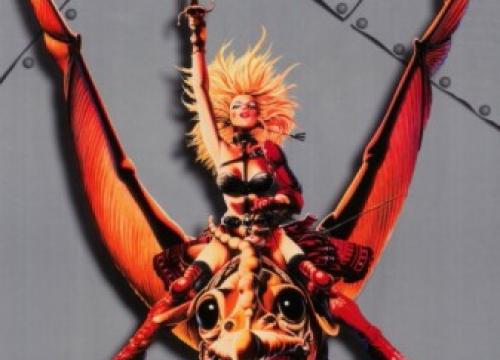 Heavy Metal, the music genre, is well-defined, well-known, and doesn't need much explanation. So heavy metal fans might be surprised when they encounter the only film of the same name: the 1981 film Heavy Metal, because they'll doubtless go rent the DVD or queue it on Netflix with much anticipation, only to be completely lost in a quagmire of confusion within the first ten minutes. How did a film devoted to such a popular music genre end up being such a mess?

Well, see it was all a series of accidents. And since the 30th anniversary of Heavy Metal is coming up this August, we might as well reveal all of its mysteries.

In the first place, start miles away from any involvement with music, to a French comics magazine called "Metal Hurlant" (literally 'screaming metal') which started publishing in 1974. The magazine was well-known for fantasy/science-fiction with a dark cyberpunk flavor, erotic themes and outright nudity, and eye-blazing artwork. A National Lampoon editor on business in Europe discovered the mag and thought it would be a swell idea to translate it into English and sell it to Americans. Since the art was already done and all they'd have to do was translate the word-balloons, it was free money. The American edition, launched in 1977, was called "Heavy Metal" and - we cannot stress this point enough - was titled with no conscious reference to the music genre, which barely existed as a concept in 1977 anyway.

Fade out, fade in, a year later, Columbia Pictures somehow gets it into its heads to take the cast of SCTV (the Canadian Saturday Night Live), including John Candy, Eugene Levy, Harold Ramis and Ivan Reitman, and throw them at the film rights to this year-old imported science-fiction comic magazine. The film looks jumbled and mismatched because the animation duty was split up between stories to be shipped out to various indie animation houses. Once again, nobody at this point thought "we're going to make a film about heavy metal music". Nope, we're making a comic book movie here.

Fade out, fade in, and three years later, the film is all done and almost ready to ship out, except wait a minute, now heavy metal music is mainstream! As a complete afterthought, the studio rushed around soliciting various big-name bands to get songs for this film. Some songs were made for the film and not used, some songs were grabbed up from left-overs that various bands had laying around, some songs came from artists that had absolutely nothing to do with the heavy metal music genre (hellooooooo, Devo!), and not one of them is used in the film in such a way that the action on-screen and the soundtrack agree. This is why a pumped-up number like "Radar Rider" plays over the world's longest and most boring space-car ride, while Blue Oyster Cult's "Veteran of the Psychic Wars" plays over a completely pointless scene of Banana-Splits-style alien astronauts vacuuming up sand.

For that matter, even without the music angle, the film is a jumbled mess. It tried to tie a series of unrelated short-stories that should have been an anthology together with this nonsense about a green glowing killer beach ball. The film jumps from serious and grim to dumb stoner comedy to Saturday-morning-cartoon-quality Filmation-style hero tales and back to scanty-clad warrior women with huge bongos, ensuring that it alienates every possible fan at some point or another. It might as well have been produced by the Three Stooges for all the sense it makes.

Music lovers should just buy the soundtrack and pretend the film does not exist, because the film will actually subtract from the album. That's right, the movie playing in your head via your own imagination over Ronnie James Dio's hell-for-leather lyrics in "The Mob Rules" is far superior to anything you're going to see on the screen during the same song.