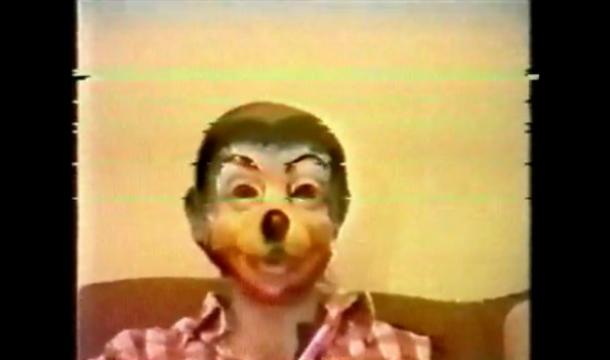 Slight alteration to the formula - instead of our news wrap-ups being just straight music news, we'll also be pitching other cool music stuff at you whenever the fancy strikes. It's like a weekly return of treasure-hunt spoils!

Grab your flannel shirt and scuffed-up, holy-knee jeans, it's another Pearl Jam tour this fall, with the first half hitting the east coast in October and then the second half on the west coast throughout November and early December. Been four years since the last album, yet they're sounding as fresh and ready as ever, check the preview here:

Yes, they're covering Pink Floyd's "Interstellar Overdrive" there at the end. Couldn't you just play that on a loop all day?

Randy Travis is in the hospital

Biggest music news this week that had all the blogs buzzing is Randy Travis hospitalized in critical condition. The country-western music legend is afflicted with viral cardiomyopathy - a heart condition caused by a viral infection. That sounds like something simultaneously nasty to have and completely unfair that you could get it. Can you imagine if you ate healthy and never smoked your whole life, then a virus comes along and gives you heart disease anyway?

Justin Bieber is rapidly approaching Michael Jackson territory, and we say "thank God to that!" It's boring writing about goodie-goodie teen pop idols, and the women pop stars who run amok, while much more common, don't get up to nearly the legendary shenanigans the male ones do when they really get off the leash. OK, latest Bieber stunt: he peed in a mop bucket. And that's a shame, Dude, because that mop bucket really tied the kitchen together, man! I mean, say what you will about Lindsay Lohan, she may get up to crazy mischief, but at least she's housebroken.

Bieber, we'll see you in the Tyson Zone. We look forward to many more increasingly outrageous stories in the coming years.

What do you expect when you're Chris Brown's neighbor? A white picket fence?

Remember the scary murals around Chris Brown's house, which were scaring the cupcakes out of neighborhood tykes even though they already live in Los Angeles, fer crissakes, and regularly see 20 scary things on the way to school as a matter of course in Southern Cali life? Remember not caring about them? Well, neighbors complained and now you can not care that he's taken them down. Really, this should be the least of anyone's worries about the guy what with the hit-and-run case he's currently facing.

Other cool stuff we found:

Prepare to wring out your boxers after meeting your next Internet viral video:

Do you smoke pot?

If so, you need to stop right now.

The reason you need to stop is because you will never get THIS stoned, so you might as well give up trying right now:

Nobody knows who they are, nobody knows where they came from, nobody knows if the video distortion and general fuzz is deliberate while they were making it or added later. Nobody knows how old this is. It came from Cthulhu's nightmares, a secret punk conspiracy by the Freemasons to brainwash you into the Illuminati so you will accept "Bob" J. R. Dobbs into your liver as your personal sugar daddy and dwell gladly in the House of Perpetual NSA Spying forever.

For your history lesson today. This is a news report from the 1990 court case in which members of Judas Priest were being sued by two parents alleging that a subliminal message embedded in a song made their kids commit suicide. It was subsequently dismissed, but it marked a pinnacle of heavy-metal paranoia in the US.