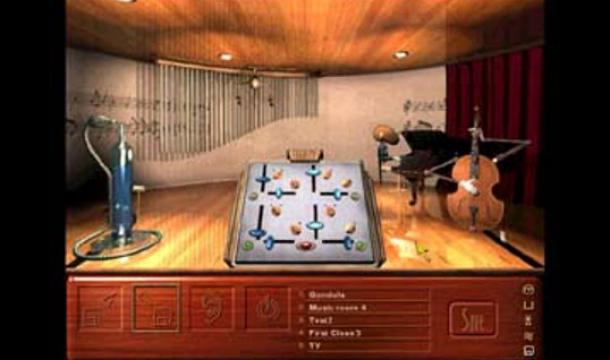 What else says Christmas more than video games? And here we're a music blog, so why not pay some tribute to that most addictive, repetitive, looping species of ear-candy. After all, making video game music is no small task - it has to sound good, but not be too intrusive, and it has to be something you could listen to for hours and not get tired of.

You fans out there will have your own recommendations - be sure to leave them in the comments! Go ahead, argue with us, we won't melt. But here, with no context whatsoever, are outstanding examples of game music from games both classic and contemporary...

This Super Nintendo sleeper cult hit still has a monster base of fans today, and we owe some of that enjoyment to the work of the music team. It's so varied and carries so many moods, you'll find yourself pausing the action just to soak it in.

There's the snowbound Winters theme for wandering in the northern woods:

Or the offbeat Saturn Valley theme for talking to adorably ugly but cute... native... things:

Or the ridiculously catchy be-bop whenever you ride the bus:

But the fans would crucify us - and rightly so! - if we left out the final boss theme. Which starts out like peppy 8-bit Tetris music, but wait for it... Suddenly, it's death metal.

There's hundreds of these themes, enough to fill 2 CDs. The team even made many more tracks that never got used.

For a sedentary PC game where you spend a lot of time trying to build a metropolis from the ground up, you need something attractive, upbeat, and varied. Perhaps with a dot of Gershwin and a bit of Broadway. How about...

Many more tracks from the Sim universe deserve recognition, but we'd be here all day.

So you just finished a crash course against a mad computer which has not only done everything in its power to kill you, but to passive-aggressively screw with your head while you struggle to escape. GLaDOS is one of the most unforgettable video game villains ever, and this song, her closing shot, has its own legend.

No, we're not saying it's among the greatest ever. It's actually pretty pedestrian, just a cheerful little ditty to get you through a series of platforms. But still, how many video game themes get performed by an entire orchestra?

OK, before everybody yells at us to get off Nintendo, here's an interview with a Nintendo music composer.

For an epic series with unbelievable depth and innovative (for the time) strategy, this theme just captures the sweeping scope of this military adventure, whether you're trying to sneak past guards at a Top Secret Headquarters or just survive the night without dying from snake venom.

Action, action, and more action! For being a game about being a rolling ball of stuff, this theme sure made it sound epic. Just too catchy to ignore. Bicycle to work with this on the Pod, you'll vault the cross-traffic at every intersection.

And we'll randomly stop there so your browser gets a break from all the videos loading. They will continue to rain from the sky like Tetris blocks in part 2 of this post...