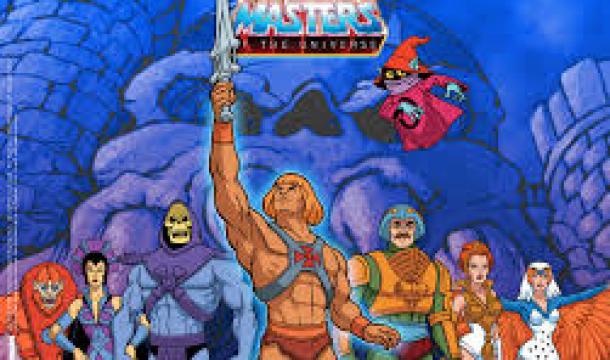 The "mashup" is a media format that was born in the lap of "Web 2.0" - a buzzword which now has the same power to make IT admins cringe as "information superhighway" did in the 1990s. But mashups have gone on to be great fun - simply take any current work of media and make a derivative work, usually by mixing two or more works together. Mashups are the namesake of blogs like Mashable, and when it comes to the kind we're talking about here, can go by unflattering names like "YouTube Poop".

4 Non Blondes qualifies as pretty much a one-hit wonder with their 1983 wailing hit "What's Up?" And it's like God could see the abomination coming, because the group's formation was actually delayed by the 1989 San Francisco quake. But the song faded from obscurity until 4channers mashed up their song with edited clips from the rage-vomit-worthy Filmation Saturday morning cartoon He-Man and the Masters of the Universe. The whole effect is that you didn't realize how... swishy... both the song and the cartoon were until you see them together.

Stayin' Alive in the Wall

OK, that first example was just to chase away the timid, but this effort shows some serious craftsmanship. The audio perfectly blends The Bee Gees's "Stayin' Alive" with Pink Floyd's "Another Brick in the Wall." The video blends the films Saturday Night Fever and The Wall, natch. The result: a blammo of awesome, served with a side order of awesome and drizzled in awesome sauce.

In retrospect, it's just plain eerie how much the classic original Star Trek series goes well with Monty Python. This mashup uses the "Camelot" number from Monty Python and the Holy Grail together with edited clips from Trek Classic. No surprises that it went viral, since Star Trek fans and Monty Python fans are the exact same people. Try finding a fan of one who isn't a fan of the other. It's impossible. No one knows why.

Oh, and we can't bring up Star Trek on a music blog without giving you your mandatory dose of The Shat, which is good for you, like spinach:

Just to show that they can mutate and crossbreed, here's two mashups of OutKast's "Hey Ya!":

...and one with the Peanut's gang in A Charlie Brown Christmas. And that's just the beginning of "Hey Ya!" mashups you can find on YouTube. Apparently it's the easiest song to mashup ever. Meanwhile, has anybody ever noticed just how spastic and uncoordinated the Peanut's gang's dancing is? These people have:

The Ruby Slipper Vulture Shuffle needs to be a thing, just for the name alone.

Anyway, it looks like we just keep getting sillier from here.

We tried to warn you.

That's "Where Is My Mind?" by the The Pixies... live! Look, there's one more coming, how are we possibly going to top this?

Yes, there's a whole album of these. Aren't you glad you found it? We love you too.